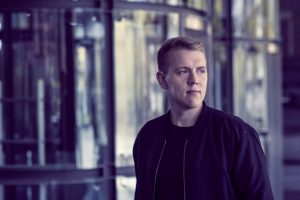 There are many different worlds in EDM’s mainstream culture. Martin Jensen’s hard work has leveled his career to be snuggly placed within one of those larger worlds, the European market. It is fierce when it comes to house music, so standing out is a must. Being only separated by the big blue ocean lies the American market where house music is well received, yet tropical house is rare.

Both markets have very unique cultures with very lucrative opportunities. So, to conquer one market is a fantastic feat, and to break into the next market is extraordinary. Martin Jensen, a top Danish house and tropical artist, plans to be extraordinary. Therefore, he is coming to America and bringing the tropical vibes with him.

It’s crazy to believe that Martin Jensen has come this far since he originally wanted to be behind the scenes working as a lighting engineer and designer. His talent as a DJ quickly took precedence as his skills shined brighter than the lights he turned on each night. Martin has an unorthodox production style which has grabbed the ear of millions of followers and streams over the years. Viral tracks, “Sí” and “All I Wanna Do”, cemented his position as one of the world’s leading hitmakers. It wasn’t until “Solo Dance” was released that his new listeners were converted to fans.

Fans in the United States will now have the chance to see Martin Jensen live again. Starting February 28th, Jensen kicks off his American appearance in Washington DC which is followed by New York. Wanna find out if he’ll be visiting a city near you? Click here and check out his schedule. In the meantime, here’s what Martin Jensen had to say about coming to America:

How does it feel to be performing your own shows here in America?

It feels amazing! I’ve only done a few tours here before, but this year, the plan is to be here more frequently and do bigger and bigger shows.

As a Danish producer who has done very well in the Danish market, what do you wish to bring from home that may be different from what your American fans have ever experienced?

Being a Scandinavian, I feel there’s a lot of things which have influenced my sound, my shows, and so on over time. I always bring the melodies wherever I go and, of course, the hard-hitting tracks. My set is, in my opinion, the best of both worlds and takes the crowd on a journey.

Have you considered that the audience may be different for your American shows? If so, what do you feel is the main difference, and how will this pose a challenge when you perform? How will you overcome?

Yes, definitely! I feel America is definitely a trendsetter when it comes to the sound of now and what fans want to hear. I’m always adjusting my sets wherever I go. For my upcoming USA tour, I’ve adjusted it to be a bit harder than usual. Americans know how to go HARD!

February 28th in Washington DC marks the first stop of your American tour dates. How do you plan to pump the crowd up?

I’ll bring all my energy and a great set. I’m so pumped to finally be back in the US, and I want that to come across in my sets as well.

In your experience, are there any elements to your show that you have had to switch up when you transition from your European audience to your American audience?

Yes, as I said above, I’ve definitely made my set a bit harder than usual. You can, however, still find my biggest songs, melodies, and everything you would expect from a Martin Jensen set!!

By the end of this U.S. leg of your tour, what do you hope to have achieved for your career?

I hope to have sold out all the venues I played and built a bigger audience over here! This is the start to a busy year in the US, and I plan on making it a big one!

How do you see the growth of tropical house in the future for when you plan to return to America and tour?

I feel like all genres can if just the song and production is good enough. I don’t bind myself to any genres. My upcoming release on March 1st will be a good showcase of what you can expect from me this year! I can’t wait to show you!

Tropical house has its own flavor and spin on house music that has begun to pick up steam in the States. What are your objectives, and what do you want listeners to walk away with after leaving your show each night?

I want each and everyone who attends my shows to walk away thinking that was the best night in a long time. I want to give an experience like no other. You should come to one of my shows to check it out! 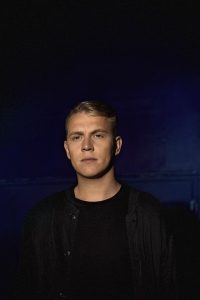 Ready to jam to Martin Jensen and his unique spin on house music? Click here to check out his upcoming tour dates and to purchase tickets!!

While you’re at it, scroll below to tell me how excited you are to see him live, and don’t forget to share this story with a friend!