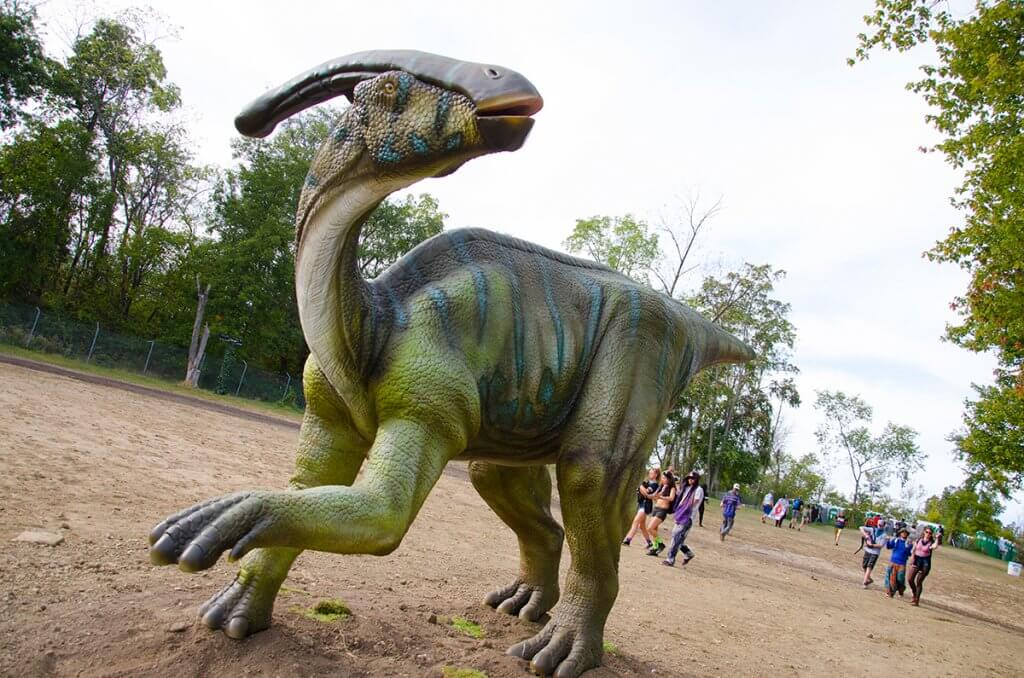 The lineup was loaded with plenty of Excision; three sets featuring the man himself, and I can honestly say I enjoyed pretty much every artist’s extra-grimy sets. Kill The Noise has always been one of my favorite producers, and it was amazing to finally see him in a festival setting.

Following him was Seven Lions, and he played a great mix of melodic dubstep and trance. Next was Excisions first set of the weekend, and his visuals were as much of a spectacle as his music. The rumbling bass, incredible amounts of fog, and erupting volcanoes created an overwhelming experience overall. The second row of speakers behind the visual booth carried the sound all the way up the hill behind the main stage and shook everything past that.

Saturday rolled around and I can tell you my body was already sore from one night of enduring the sound system. The speakers placed deeper in the crowd made a huge difference. Earplugs were a must if you wanted to get close, and we saw a few staff members handing them out. My friends and I grabbed a slice of spicy pie and headed over to the Cave of Souls to catch our first set of the day: Sullivan King.

The second stage was under a large pavilion that had dinosaur visuals projected onto it at night. Next, we walked back to the Prehistoric Paradox stage to catch Kai Wachi, Spag Heddy, and Funtcase. Nighttime rolled around and we caught Slander, Destroid, and Zeds Dead. Other than a small fire on one of the pyrotechnic volcanoes causing a brief delay, that night was absolutely perfect.

By Sunday, it felt like I had the body of a 70-year-old man. Between my bones getting rattled by the bass and hiking up and down the hill by the main-stage, this festival was kicking my butt. But I sucked it up for Sunday, because the Excision Detox Set was first on our list, and he played a more laid-back set that my friends and I ended up really loving.

We stuck around at the Paradox stage for most of that day. Sunday night gave us amazing sets from Rezz and Illenium, as well as a special guest set from Ganja White Night at the Cave of Souls. Excision b2b Datsik was a great way to close out the last night of an unforgettable experience. 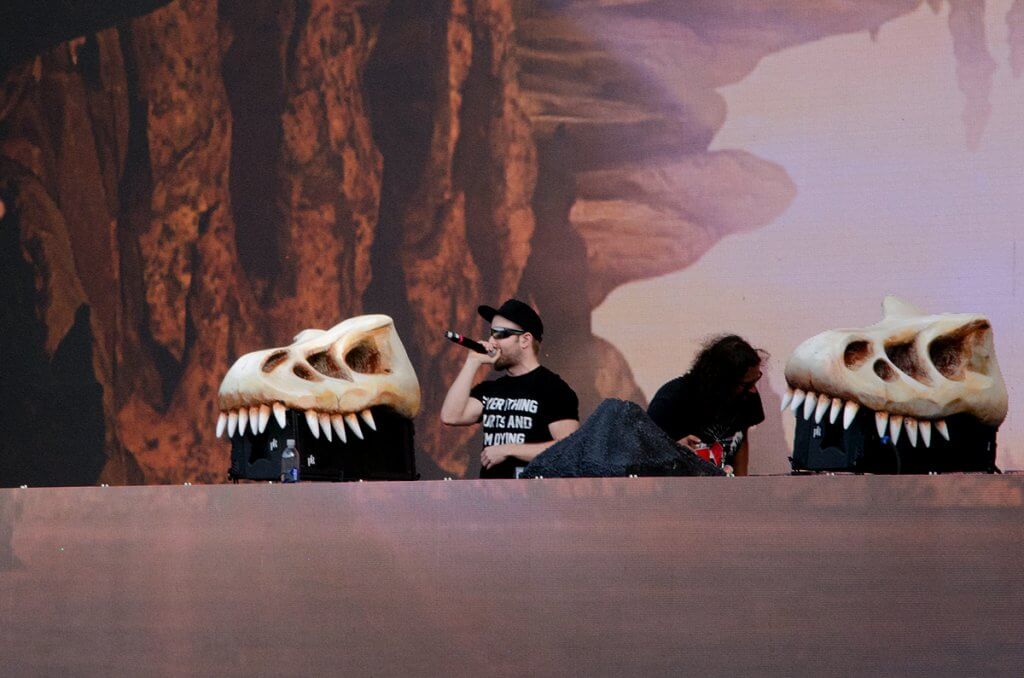 Overall, the festival itself had many of the amenities I’ve come to enjoy at other fests. The food selection was great, and the variety of vendors ensured there was something for everyone. There were some downsides though; there were only two bathroom locations and one of them was at the top of the hill, and having only one water station was a bit of a bummer, but the lines were usually short and the mild weather kept dehydration at bay.

For its first year, this festival went above and beyond expectations. From the stage production, the staff, and the festival environment, it felt like an event that had been around for a long time. You’ll definitely be seeing me there again at Lost Lands 2018.

Will you be at Lost Lands 2018? Swipe up and let me know in the comments below!