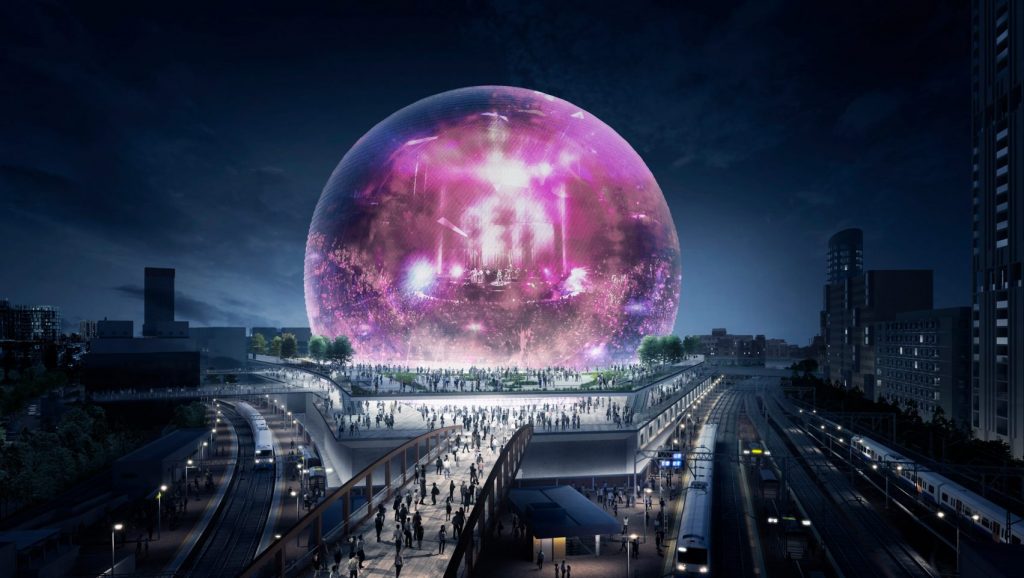 A vision more than two years in the making, the first MSG Sphere will begin construction this June in the heart of Las Vegas. It is expected to be finished in 2020. Following the Vegas completion, the plans for the London MSG Sphere will take off.

Designed in collaboration with Populous, an award-winning architecture firm, the venue will be equipped with 18,000 seats and room for 5,000 standing people. With its location beside Stratford, London’s Olympic Park, the glazed orb will measure nearly 320 feet tall with an equator width of 500 feet. 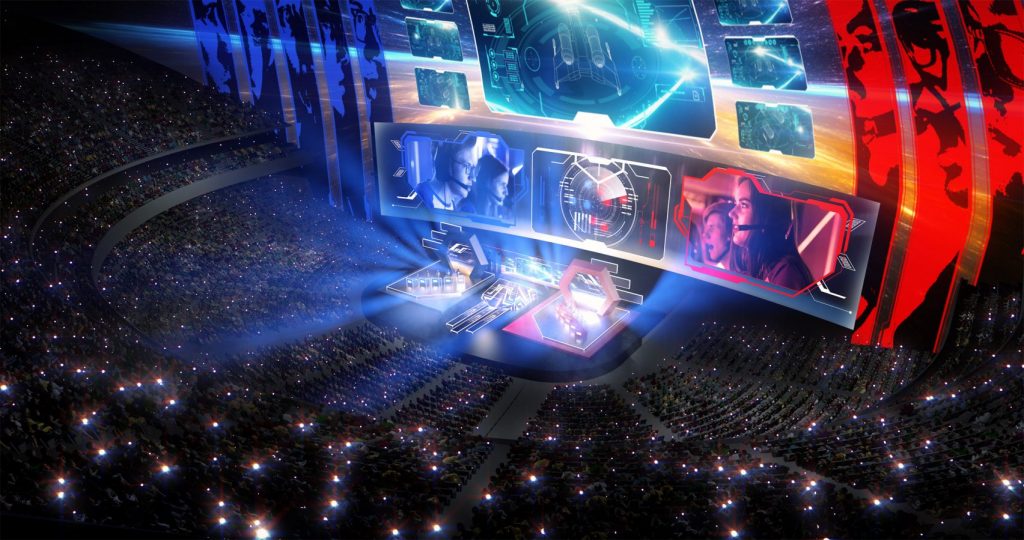 James Dolan, CEO and executive chairman of The Madison Square Garden Company, spoke to a group of music industry execs to discuss the great benefits this proposed destination will carry out.

“We believe that a large-scale, next-generation venue will not only become a premier destination but also drive growth in London’s overall music and entertainment market,” said Dolan. “– Benefitting artists and fans and serving as a long-term investment in the future of this incredible city.” 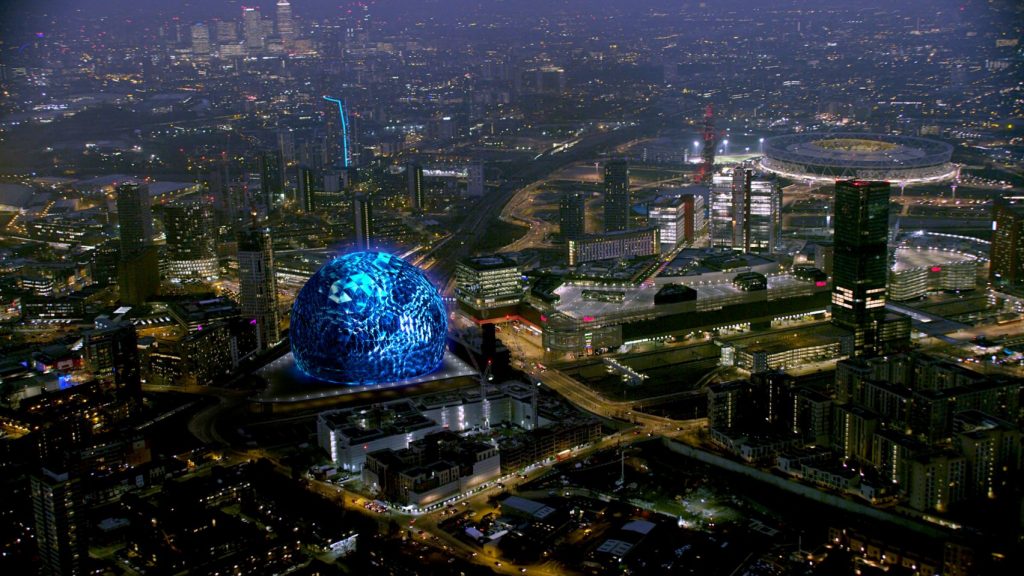 Aside from its massive height, the MSG Sphere will be constructed with a fully customizable LED exterior along with over 36 miles of LED panels wrapping around the entire building. The inside of the megastructure will feature a high-definition screen, consisting of 250 million pixels with a 19,000 x 13,500 resolution. MSG claims this to be the largest high-definition screen on earth.

The plans for the London destination have yet to be finalized. However, experts predict this enterprise will support approximately 3,200 jobs and is estimated to bring close to 2.7 billion to the UK’s economy. The MSG sphere will serve as an open platform for not only artists but also sponsors. It creates an entirely new way of visuals and storytelling for concerts, films, and even brand activations.

I’m definitely looking forward to this new structure and hoping one day I can see my favorite DJs performing there!

What are your thoughts on the MSG Sphere? Comment below and let me know!