16 Jun Interfusing Music and Technology with The Glitch Mob 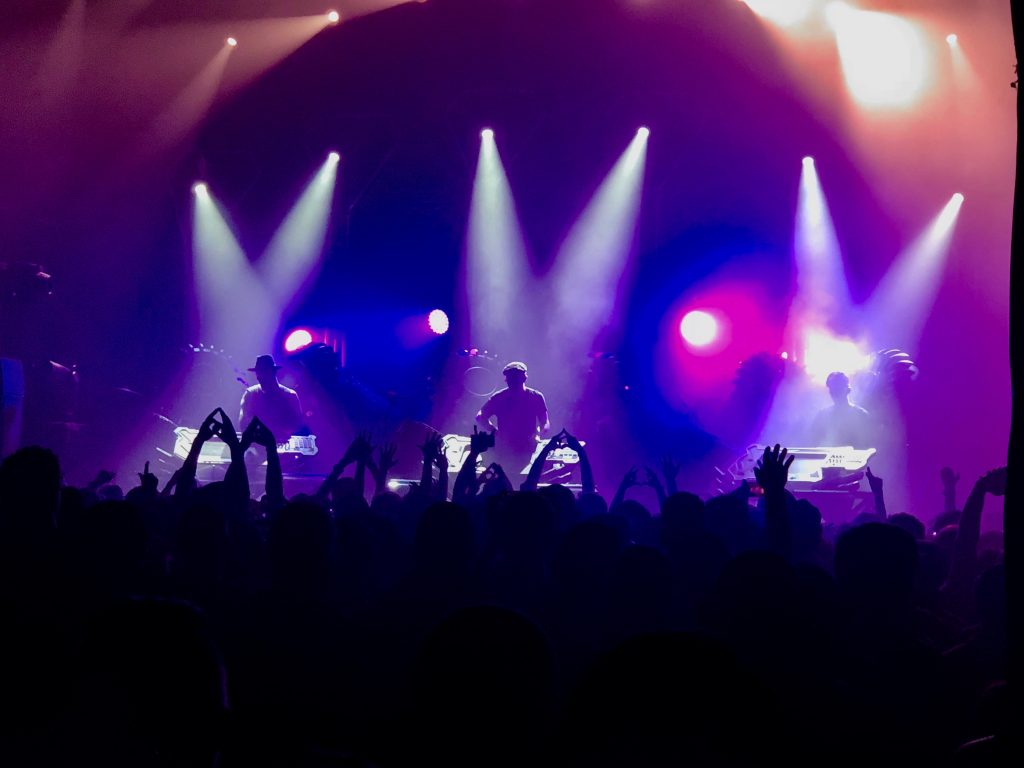 The Glitch Mob recently released their newest electronic album titled See Without Eyes this past May. The trio headed to Emos in Austin, Texas to perform their See Without Eyes Tour on June 15, 2018.

Imagine being in a crowd after hearing the fluid vocals of Elohim and anticipating the exact moment the stage team uncovers the enormous hidden stage setup. Once The Blade was revealed, the crowd roared as The Glitch Mob entered the stage and prepared to give an impactful live performance. The crowd went crazy when the trio raised their hands in unison thanking everyone for coming out to see them.

The subtle introduction of “Animus Vox” ignited a spark throughout the entire crowd as everyone’s energy levels reached beyond their physical threshold and unto one another. The vibe and energy that The Glitch Mob pulled from the crowd was intoxicating as everyone danced to the thunderous live sounds they were creating.

The crowd itself was a wide array of people. They may have never interacted with one another until that moment that The Glitch Mob brought them together. People were holding onto one another as they headbanged or swayed to the live music. The Glitch Mob provided an experience that not only engaged listeners with a live performance, but brought people together for the love of their music. Feeling their passion and hard work for their music was truly an inspiring experience overall. 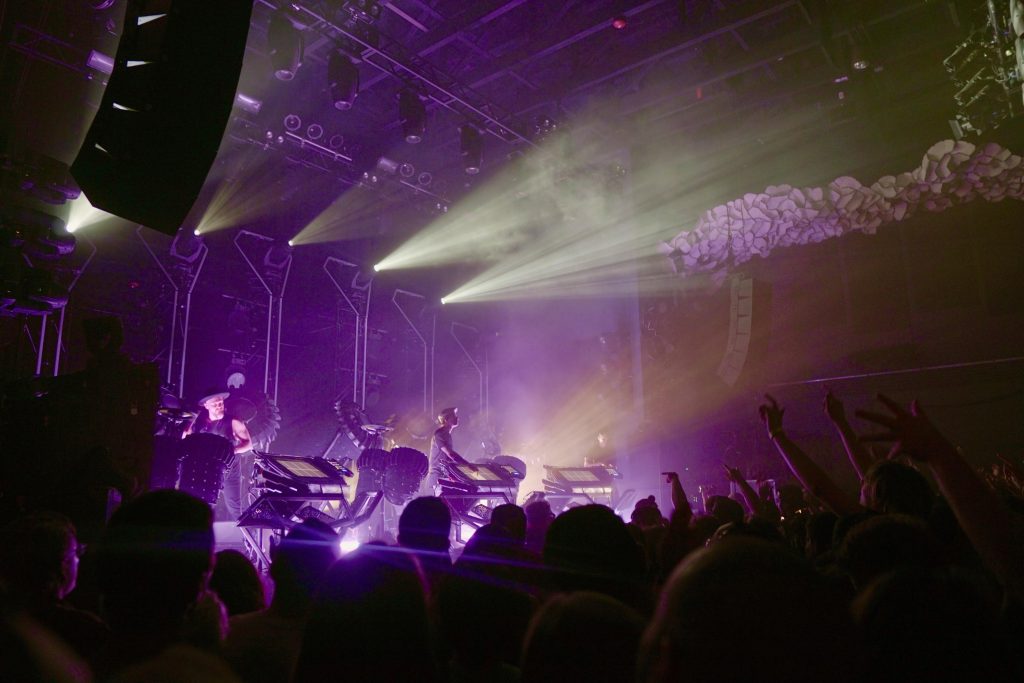 About The Glitch Mob

The Glitch Mob is an American electronic music group from Los Angeles, California. The three performers consist of edIT (Edward Ma), Boreta (Justin Boreta), and Ooah (Josh Mayer). They found themselves coming together during the Los Angeles bass-driven ‘beat’ scene. By integrating technology in their way of developing their sounds, they created The Blade. This performance spaceship-instrument allows the band to play live using an intertwined arsenal of Max/MSP, Ableton Live, & Lemur. The trio gained a massive following and fan base that ultimately led them to tour the West Coast. Their music didn’t just stop there but flooded everyone’s ears with sounds that were unheard of. The Glitch Mob is now on their See Without Eyes World Tour and could be stopping at a city near you.

WHAT’S YOUR FAVORITE SONG FROM THE GLITCH MOB? SWIPE UP TO LEAVE A COMMENT TO LET US KNOW!