Posted at 14:30h in Video by Denice 0 Comments
0 Likes
Share 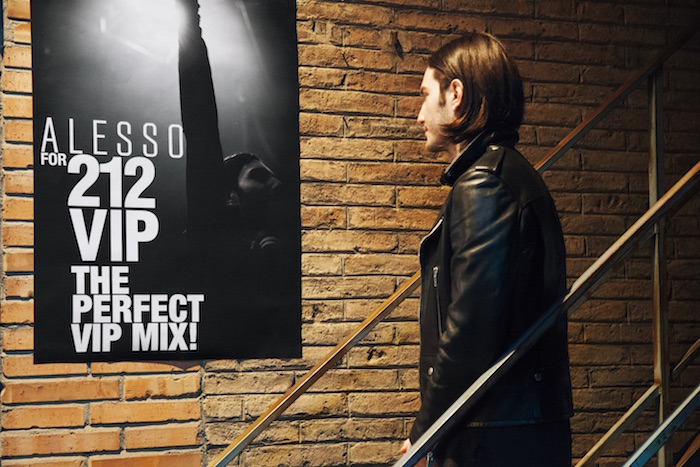 Alesso has released a seductive new music video for his latest track “If It Wasn’t For You.” The song first premiered exclusively for fans at Ultra Music Festival in March and is the product of a close collaboration with the iconic fashion brand Carolina Herrera. In conjunction with the video, Carolina Herrera has revealed that Alesso will be the face of its new 212 VIP Club Edition men’s fragrance, joining the likes of global supermodel Gisele Bündchen, who has worked extensively with the brand.

The music video is more or less a full-on advertisement. While Alesso makes appearances, spraying himself with the new fragrance and performing in front of a huge crowd, the video follows the life of photographer as he photographs a model and then finds her in a club only to share one very passionate kiss. The number 212 makes several appearances, showing up on buildings, in a dance studio, at the club and even on a bus stop advertisement. The track will be featured on Alesso’s debut album Forever, which is scheduled to drop May 26th via Def Jam Recordings/ Virgin/EMI. Check out the video below and click here to purchase the track on iTunes!

Alesso “If It Wasn’t For You” Lyrics

I was alone, I was made of stone
You took me home, we built a world
A world for us, we flew like birds
A new beginning

I was a fool, always keeping a distance
If I’d ever know, you found a way
I thought I always stayed the same
Because of you, I saw a new beginning