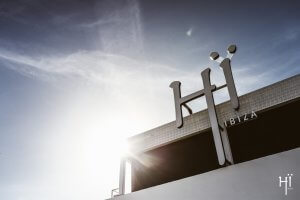 It’s no secret that Ibiza sets the bar high for the EDM scene, hosting some of the world’s largest festivals, craziest events, and always living up to its wild expectations. But this rave mecca just took things to a whole new level with an incredible addition to its nightlife.

Hï Ibiza, a new club in the heart of Playa d’en Bossa, opened its doors for the first time just two weeks ago and it has everyone talking.

Showcasing some of the most iconic names in electronic music, this state-of-the-art venue gives club-goers an experience of a lifetime. Formerly known as Space, Ushuaïa Entertainment took over and revamped the entire venue, creating a spectacular new look equipped with the some of the most advanced sound technologies.

Miranda Siegel, a 22-year-old college student from Georgia, was lucky enough to get tickets to Hï’s opening night.

“It was insane and nothing like I expected,” Siegel said. “The whole area is huge and so pretty and the light installations are unreal. The bar is really nice but the drinks are kind of expensive. About 22 Euros for most drinks, which equals to $25. But other than that, it’s so cool.”

Inside the doors, attendees are welcomed through an open-air entrance with LED trees and a futuristic feel. Along with several dance floors, bars, and an outdoor patio, Hï Ibiza is full of colorful ceiling displays and mesmerizing LED screens. 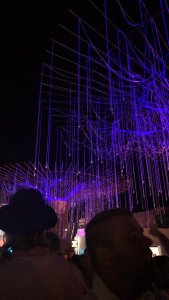 “Everything was really futuristic,” Siegel said. “There were LED lights everywhere and the ceilings and walls were really detailed. But my favorite part of the whole place was definitely the restroom.”

Yes, you read that right. Hï took things to a whole new level, adding a unisex bathroom complete with a DJ booth.

“So many people were just raging in the bathroom, it was hilarious,” Siegel said.

You can find iconic DJs such as Armin van Buuren, Martin Garrix, Afrojack, Steve Angelo, and many others performing throughout the summer at Ibiza’s hottest new spot.

So get your tickets to Hï Ibiza now and experience this nightlife evolution!