Posted at 14:25h in News by Danielle 0 Comments
3 Likes
Share 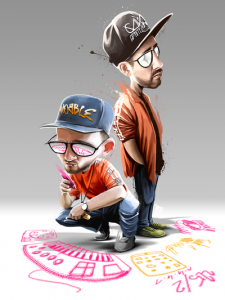 Belgian bass duo, Ganja White Night, has been making music for nearly a decade now. Members Benjamin “Bamby” Bayeul and Charlie “Erwan” Dodson take influence from early UK bass and reggae to create their unique wobble sound. Together they founded SubCarbon Records, an electronic music label created in 2009. The label was originally meant to release their own work. Today the record label has evolved to work with other artists or help other artists release their music.

A dream back in 2013 helped Ganja White Night realize a full animated music video with a Mr. Wobble kind of character. At the time, the project was unaffordable. Fast forward to teaming up with Ebo, a famous Belgium street artist, who helped bring their concepts and vision to life. In 2016, the Mr. Wobble LP grew widely popular in the bass music community. Mr. Wobble centered around the idea of creating their own mini-universe.

The upcoming full-length album The Origin will be the duo’s first all-wobble album to be released early next month. The Origin is 12 tracks of original material illustrating the story of the Wobble Master. The developed imposing animated character is a superhero who creates music and the world he inhabits. Adding to their new release, The Origins Tour starts February 8, 2018. There will be all new production and a live set. To prepare for The Origins tour, we’ve put together a playlist for the best of Ganja White Night. Check it out! 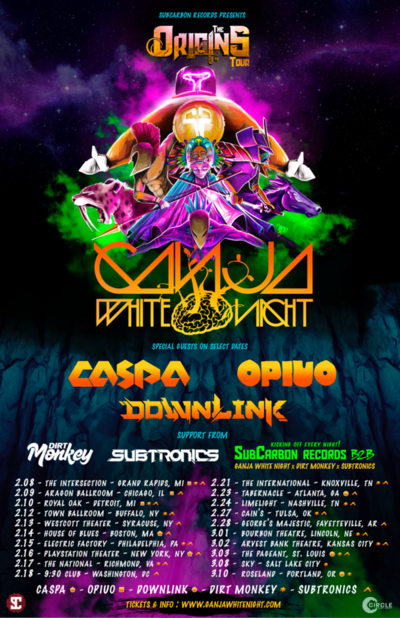 Where will you see Ganja White Night on The Origins tour?! Swipe up to comment below, and let me know!