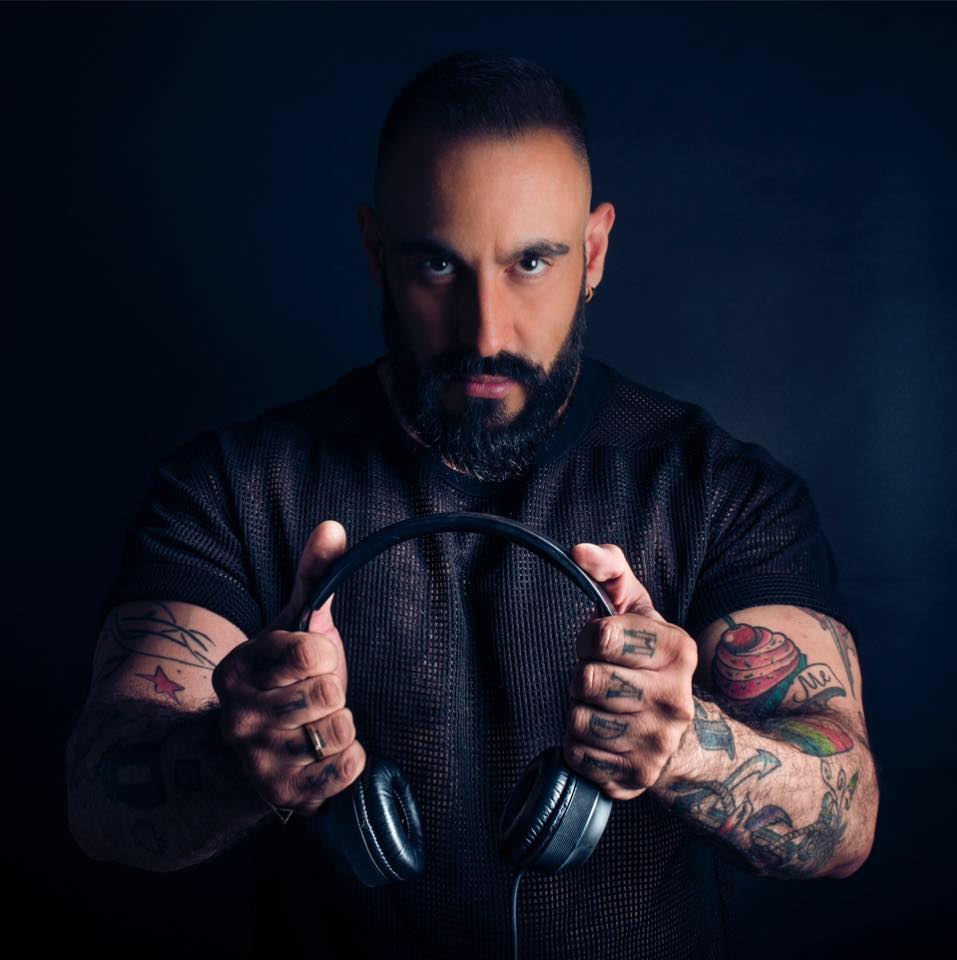 07 Jul From Mathematics to DJ: The Story of GSP [Exclusive Interview]

GSP is a DJ, producer, record label owner, and promoter from Greece. He started DJing when he was 12 years old and has since played all over the world. He is one of the best Circuit DJs around.

What really strikes me as beautiful about GSP is his love and passion for helping the LGBTQ+ community. He’s dedicated to bringing music to the masses and making people happy. He has an incredible ability to transform any popular or classic timeless commercial track into an amazing booty-shaking hit that brings massive energy to his live show.

Scroll on to learn more about GSP as he talks about music, his career, and Pride!

My name is Georgios. I’m originally from Greece. I currently live in Salt Lake City, Utah and I’m a DJ, producer, record label owner, and promoter.

Why did you want to become a DJ? What inspired you to become one?

Since I was very, very young, like 10 or 12 years old, my family and family friends all used to throw parties. I always wanted to make sure that everybody had a good time. I was the person taking care of the music, lighting, and everything involved. Slowly I became the DJ of the family gatherings.

From a very young age, I started DJing and practicing on my own as a teenager. Then I got my first job as a DJ when I was 17. I was DJing everywhere, but I didn’t have any ambitions to become a DJ professionally. I was doing it because I loved it and wanted to make people happy. It was also an extra job for me as well as extra cash.

Isn’t that how it starts sometimes, you fall into it and end up enjoying doing what you’re doing?

Yeah! It was my hobby, passion, and extra job because I was actually studying applied mathematics, physics, and theater lighting/set design but my passion was and is still to make people dance.

Oh, wow! That’s a big leap from mathematics to a DJ.

Well, I do believe that everything is math.

That is true! There can be a lot of math that goes into music.

Exactly. All BPMs, frequencies, beat marks, etc. It’s all math. You know when I was very young, like 20 years ago, we didn’t have all this new technology, all the CDJs. We didn’t even have a BPM counter. I came up with an algorithm so I can beat-match, and put the same BPM, on the tracks with the pitch control. We didn’t have keys on the screen. Nothing.

When you first started were you mainly using vinyl to DJ?

I started with vinyl and then I switched to CDJs.

Do you find it easier or prefer using vinyl as a DJ or do you enjoy all the technological advances that have been made for DJing?

Yeah. To tell you the truth, technology is helping us be more creative and do more, more things but the sound is not the same. I definitely miss vinyl but I don’t miss carrying them. Especially when you’re on tour, like three days in a row with gigs and having all these vinyls with you at the airport, it’s not very convenient. Now we only have the flash drives and our headphones.

So you mentioned that you loved bringing music to the parties and helping everyone have a fun time. Is that generally your favorite part about being a DJ or do you have another favorite part?

My main goal is for people to have a good time, but yes, it is basically the music. This is my number one ingredient, but I always like helping with the light design, graphics, visuals, and everything. Yes, I love making music! I love creating music. I like to surprise people with unexpected tunes on the dance floor. That’s why I’m constantly working on new music, even on the plane. The plane is my favorite time to work on music.

Now you’ve DJ’d all over Europe. What brought you to the states?

I’ve DJ’d all over the world! I started in Europe and then left Greece when I was 26. Next, I went to London which is a great hub where I used to work as a promoter and DJ. After I expanded into Europe, I started working in Asia and Australia, and then two and a half years later, I moved to Brazil. Don’t ask why, but I moved to Brazil.

It was a great opportunity because I played all over Brazil and Latin America. And then I started expanding to the states. I started doing promotional gigs mostly because of visa issues. Lots of fundraisers. After Brazil, I moved back to Greece and that is where I met my husband who is from San Francisco. Six months later, we moved in together, got married, and moved to Greece. A few months later we decided to come back to the states so we can both work. 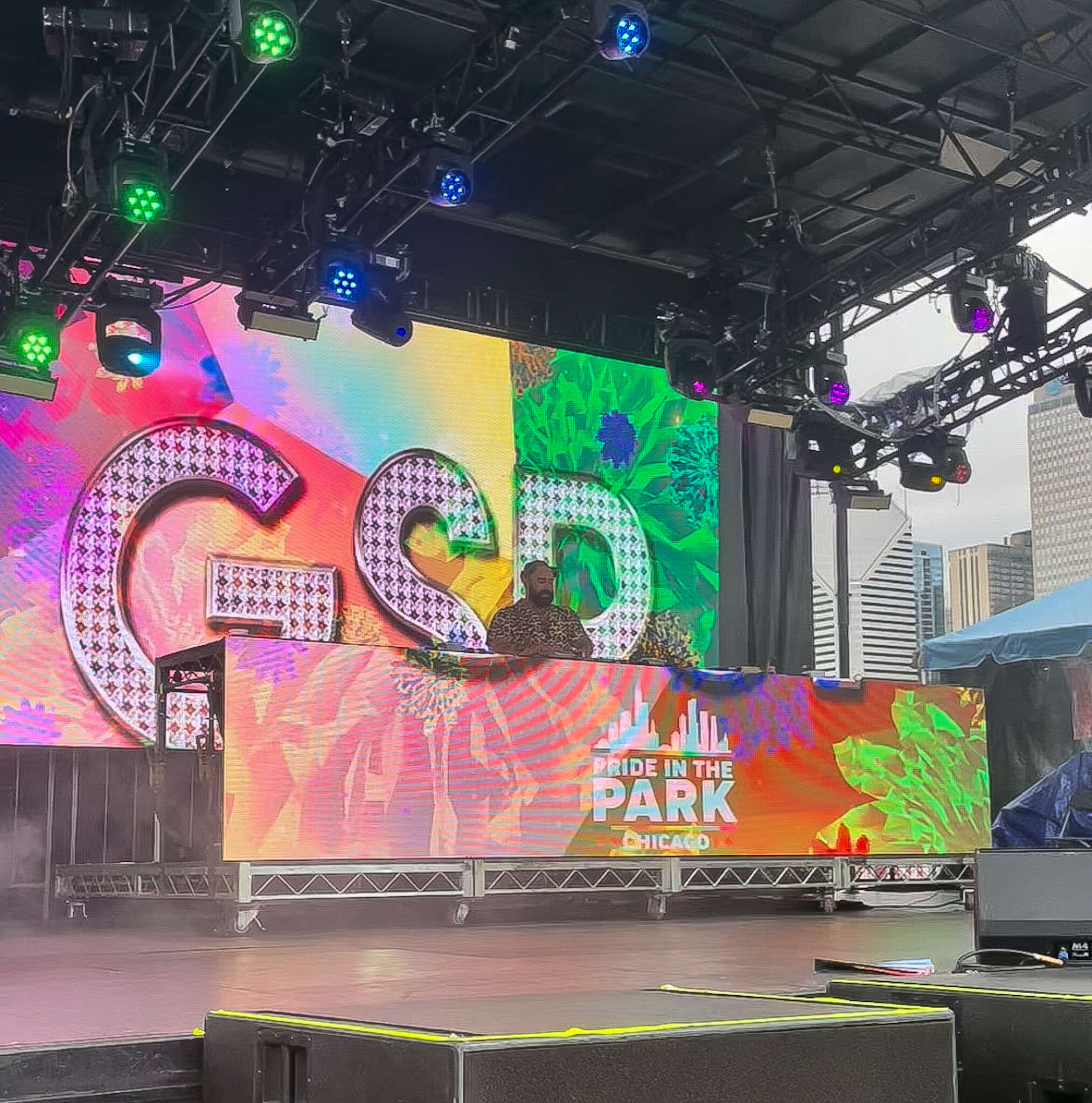 What’s the history behind your two record labels?

The first one is called Queen House Music and it started about eight years ago. I was currently living in London and I had just started producing so I had finished my first original track. As every ambitious producer does, I was sending my music off to a bunch of record labels.

I never got any responses. Not even from the Circuit or the LGBTQ ones so I created my own label. And not only for my music but also for all these artists that are like me. They’re very talented and they’re not heard, or they send their demos to the record labels and they don’t get a response. Ever since that was my goal.

I would search for new talents on SoundCloud and I would give them a chance to have an official release on my label. After eight years, Queen House Music is one of the very few queer-owned labels. Most of our artists are from the LGBTQ+ community. Mostly it is a sacred sound. I say a sacred sound, although Circuit is not a genre, it’s a combination of many house genres that are played in the gay scene. I’m very happy to say that we are one of the top circuit record labels right now.

This led me to create the second label, which is called QSQUARED. For this label, I made it to release more Tech House, House, Nu Disco, and Techno artists.

That’s great! So instead of waiting for the opportunity, you are creating the space and opportunities not just for you but for the LGBTQ+ community and other artists that experience the same thing.

Right! That thought is why I got involved in the music industry so I can help be part of that change cause we need more like that. So with all that, what’s next for you besides Pride In The Park? What are you looking forward to most?

I look forward to Pride In The Park the most because this is an event that has been on my bucket list and has been a dream of mine to perform at it. I am flying to Mexico City to play Mexico City Pride, then Chicago Pride, and then San Francisco pride.

Oh wow! You are all over!

I know. I’m very proud. So proud and tired but you know, seeing all these people happy and smiling and celebrating pride makes me really happy. That’s the biggest reward!

What does Pride mean to you?

Pride is also for us to get together not only to march and celebrate but to recognize that there is still a lot of work to be done and we still have to be united and come together and celebrate this.

Agreed. I think Pride In The Park does a great job at that too. Bringing such diverse talents together and allowing people to express themselves in a safe space and bringing so many people together. Do you think music plays a major role in the Queer community and for Pride?

Of course, music is always bringing people together. Especially gay clubs and dance floors, we’re giving a space for people to come together through movement to celebrate and fight for our rights. Also many, many artists really help with the power of their performance to push the boundaries. It has helped a lot and has played a very crucial role!

Can you give us a little insight on what you’re gonna do, what we can expect to see you play, or hear you play at your set for Pride in the Park on Saturday?

I never really prepare myself, but when I go on stage, I read the crowd. You have to be in the place to feel the energy. I’m kind of expecting what the energy is gonna be. Of course, it’s Pride. It’s going to be happy with lots of happy vocals. I’m going to read the crowd and go with the flow.

What is your favorite song from GSP? Swipe up to comment below and let me know!