02 Jun Float Fest Is Around the Corner

Posted at 20:57h in News by Danielle 0 Comments
0 Likes
Share 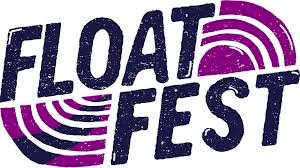 Float Fest is happening on July 21 & 22 in San Marcos, TX. You float the river in the morning or afternoon, then when you’re done tubing on the San Marcos River, you head over to the concert to enjoy the music! You can bring your own drinks. However, you’ll have to leave whatever you have left in your car before entering the festival grounds for the concert. They will have cases of beer and ice for sale in their general store. Bring your cooler and stock up at the ranch!

Float Fest loves the San Marcos River and is committed to leaving it in better condition than they found it. To that end, they’ve hired professionals to clean up whatever mess is left. Also, Don’s Fish Camp does weekly cleanups of the river and will also be assisting in the cleanup pre and post-event. This festival is both a fun and an environmentally responsible event!

The festival features a handful of artists from Tame Impala, Snoop Dogg, Bassnectar, Run the Jewels, Glass Animals, and Modest Mouse are among nearly two dozen acts that the festival pairs modern music with river activities and outdoor camping. The music is played on two stages and no overlapping acts!

Who are you most excited to see at Float Fest?! Swipe up to comment below and let me know!