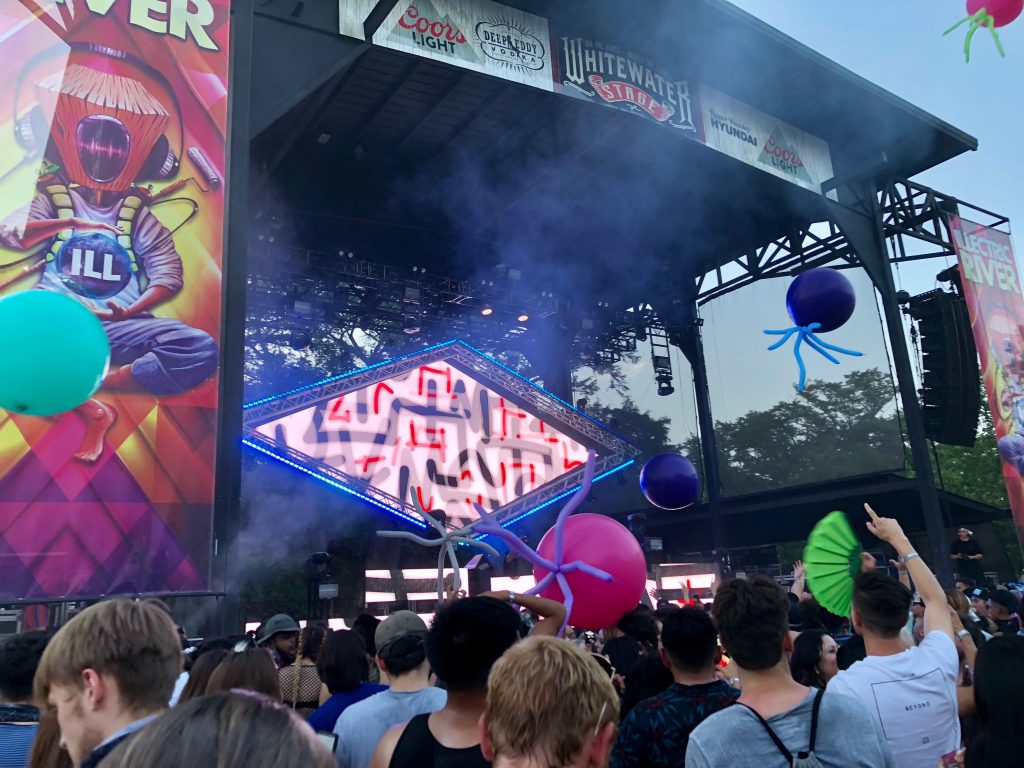 ILLectric River found their new home at the Whitewater Amphitheater in New Braunfels, Texas this past weekend on June 2nd. The one-day festival was surrounded by the majestic beauty of the Guadalupe River with a Texas hill country backdrop. There were varieties of art installations, live graffiti from local artists, and electronic music artists from around the globe.

The weather called for clear skies in Texas. However, the humidity and heat was a killer. Good Vibes Presents and Whitewater Amphitheater worked extremely hard. They made sure that there were filled water coolers, cooling hydro misters, staff with super soakers, and shaded areas to keep the crowd cooled in the Texas heat. Due to no camelbaks allowed, the staff walked through crowds handing out ice cold water bottles.

The crowd and vibes fell nothing short of what you would expect out of southern hospitality in Texas. Everyone was extremely nice and welcoming all around. Maneuvering between the ILLevated Sounds Stage and the Circle of Love Stage was very easy. The venue had live artwork and art installations guiding a path for festivalgoers. Getting to the front or trying to find your friends wasn’t difficult at all; there was so much space for walking around and dancing comfortably. There were multiple bathroom areas with each portapotty constantly supplied with toilet paper and hand sanitizer.

With everyone basking in the summer heat and sweating their winter coats away, it was only right for ILLectric River to bring some of the grimiest artists! The main stage, ILLevated Sounds Stage, featured melodic live sounds from Said The Sky and Jai Wolf, bouncing sounds from Dr. Fresch and Party Favor, and heavy hitters like Liquid Stranger and Getter. The Circle of Love Stage featured electronic sounds from Champagne Drip and Maddy O’Neal, trappy vibes from Vaccid and CRWNS, and heavy bangers from Luzcid and WHIPPED CREAM.

Overall, the entire festival itself felt out of this world. From being surrounded by the beauty of Mother Nature, amazing people, and sounds from top DJs to paying just $50 for general admission and $100 for VIP, it was well worth attending. 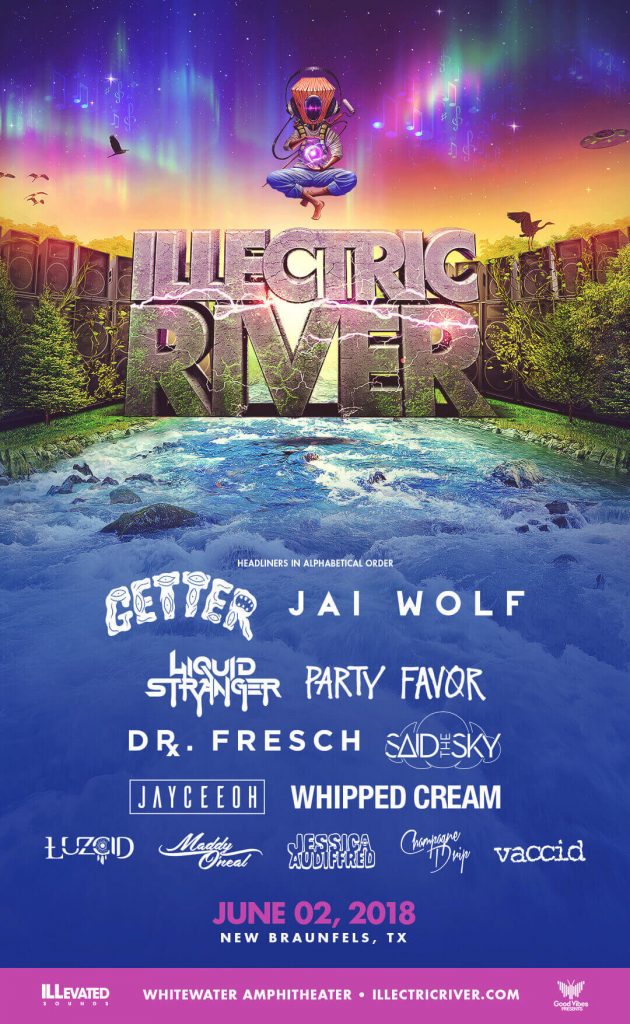 WHO WOULD YOU WANT TO SEE ON NEXT YEAR’S ILLECTRIC RIVER LINEUP?