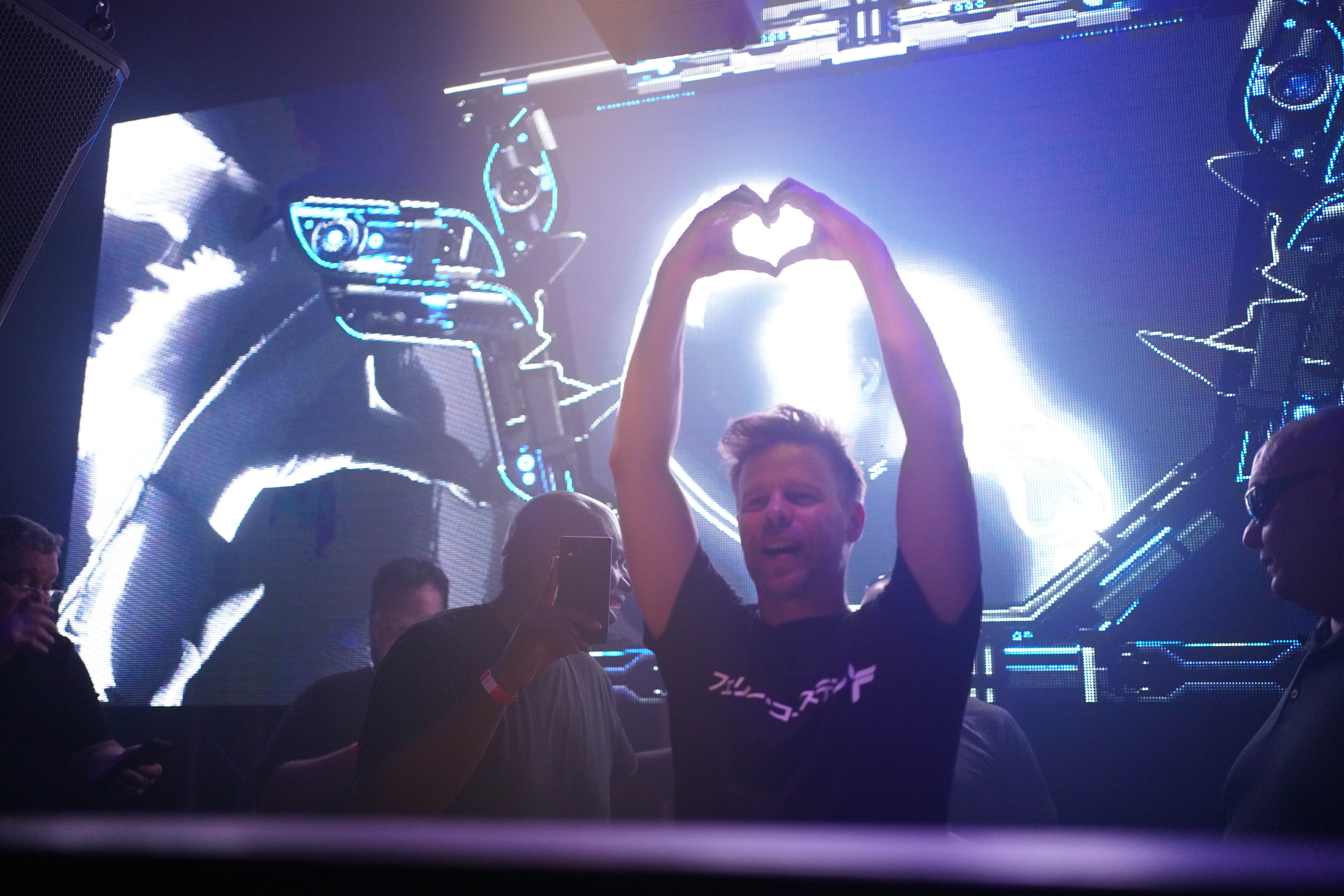 Ferry Costen’s What The F! tour had me cross off a bucket list experience I’ve been waiting years for. So what exactly made it such an anticipated tour by not just me but also by fans all around the world? Over the years, Ferry has released music under multiple aliases. For the first time ever, this tour focused on him DJing music strictly from his discography of the past, present, and future.

For those who are just discovering Ferry, he’s been in the music scene for decades so to say he’s a legend is an understatement. The most well-known aliases he played music from were System F and Gouryella. This Dutch producer has so much music that it was easy for him to play only his tracks from open to close all night long. 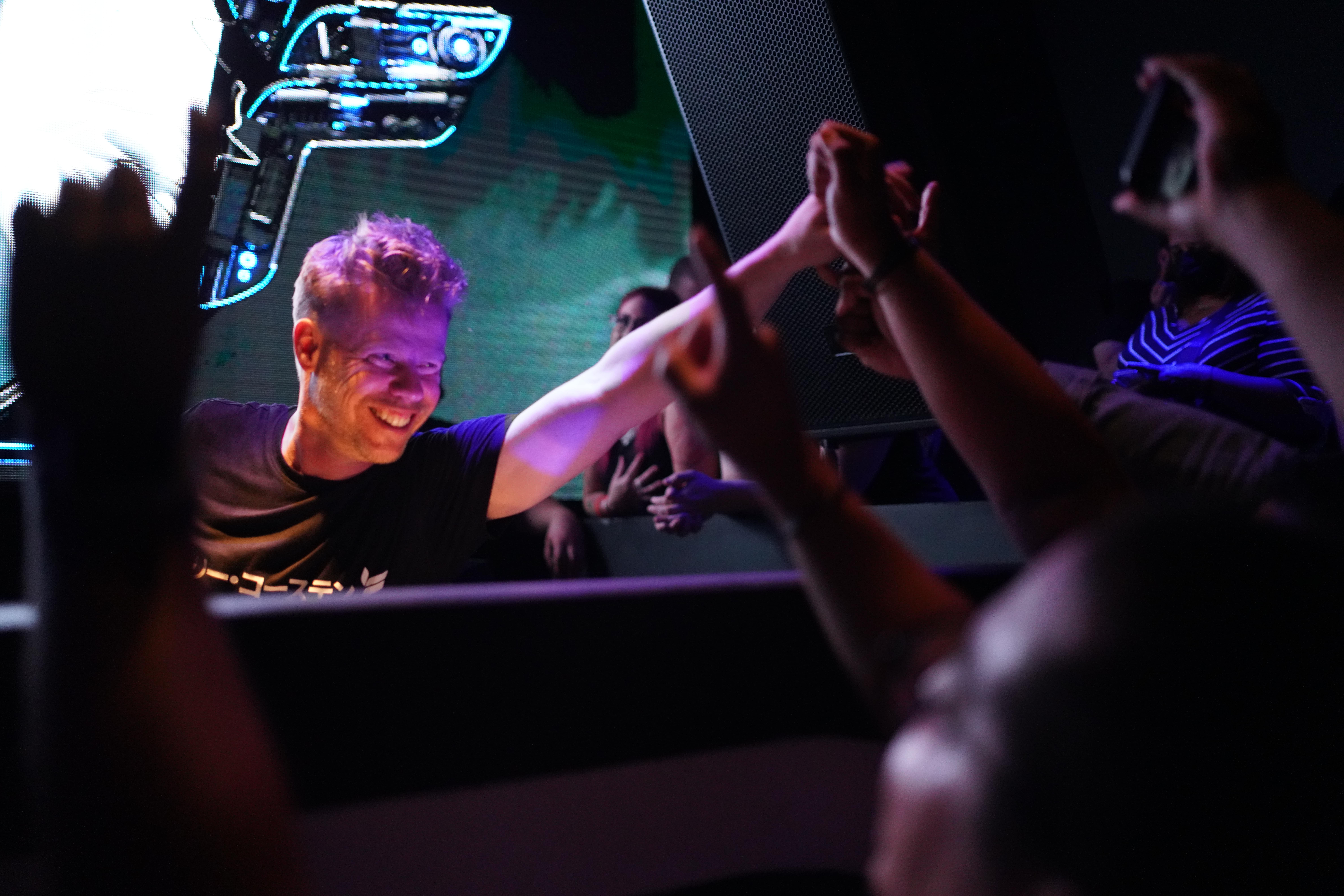 Ferry Corsten’s What The F! Tour: The Venue Quantum Brooklyn

I’ve always been a New York City raver but the venue Quantum Brooklyn was a first for me. I wasn’t sure what to expect before entering but nevertheless, I was super excited to experience a new location. There’s something magical about seeing a favorite DJ in a new place for the first time and this night delivered just that.

Upon entering the venue, I immediately felt like I was transported back to the early days when I first started going to shows in 2008. The footprint size of the club was much smaller than I’m used to for New York City shows. This was a welcomed and pleasant surprise because it made the entire night feel incredibly intimate.

For Ferry, I’m guessing it also made it feel personal as he spun the night away inside a booth low to the ground so he could connect with his fans from arm’s length. 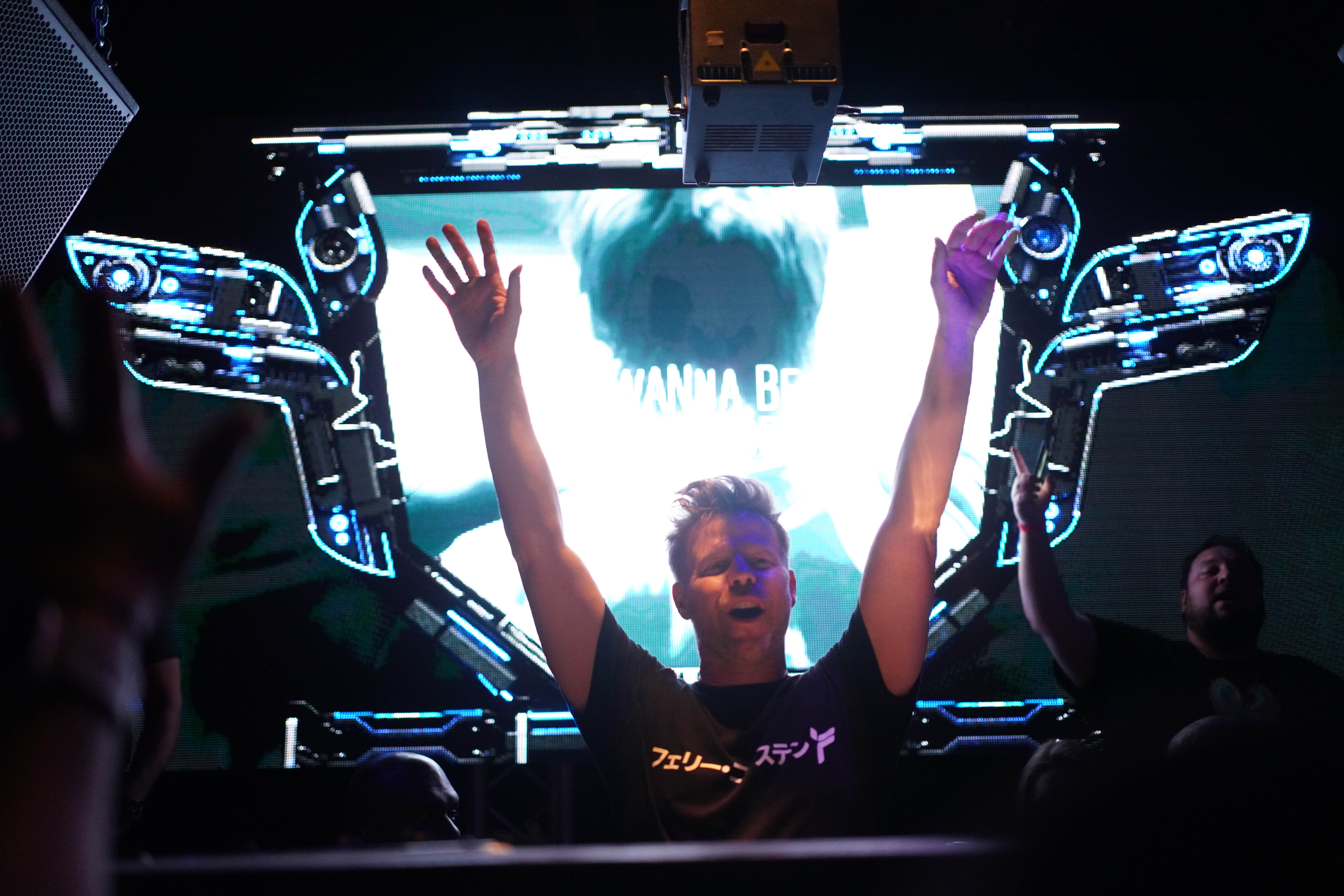 Ferry Corsten’s What The F! Tour: The Visuals

Throughout the night, Ferry had a fun visual display that used his notorious F logo to frame him. As each song played, the title displayed at the top briefly in text overlay. I really enjoyed this small touch to his visuals as it really honored each one of his works of art. It also helped to highlight his different aliases and showcased just how much music this man has made over the years.

Inside the frame, he also showed off some of his best music and lyric videos as the songs were playing. I’m a big advocate for lyric videos as it helps the audience as a whole sing along to the music. It also allows them to connect deeper in the moment without the embarrassment of singing the wrong words.

There’s nothing better than a huge group of people all pouring their hearts out and signing together like a big choir. This happened many times throughout the night along with chants of “Ferry” breaking out during fan-favorite songs. 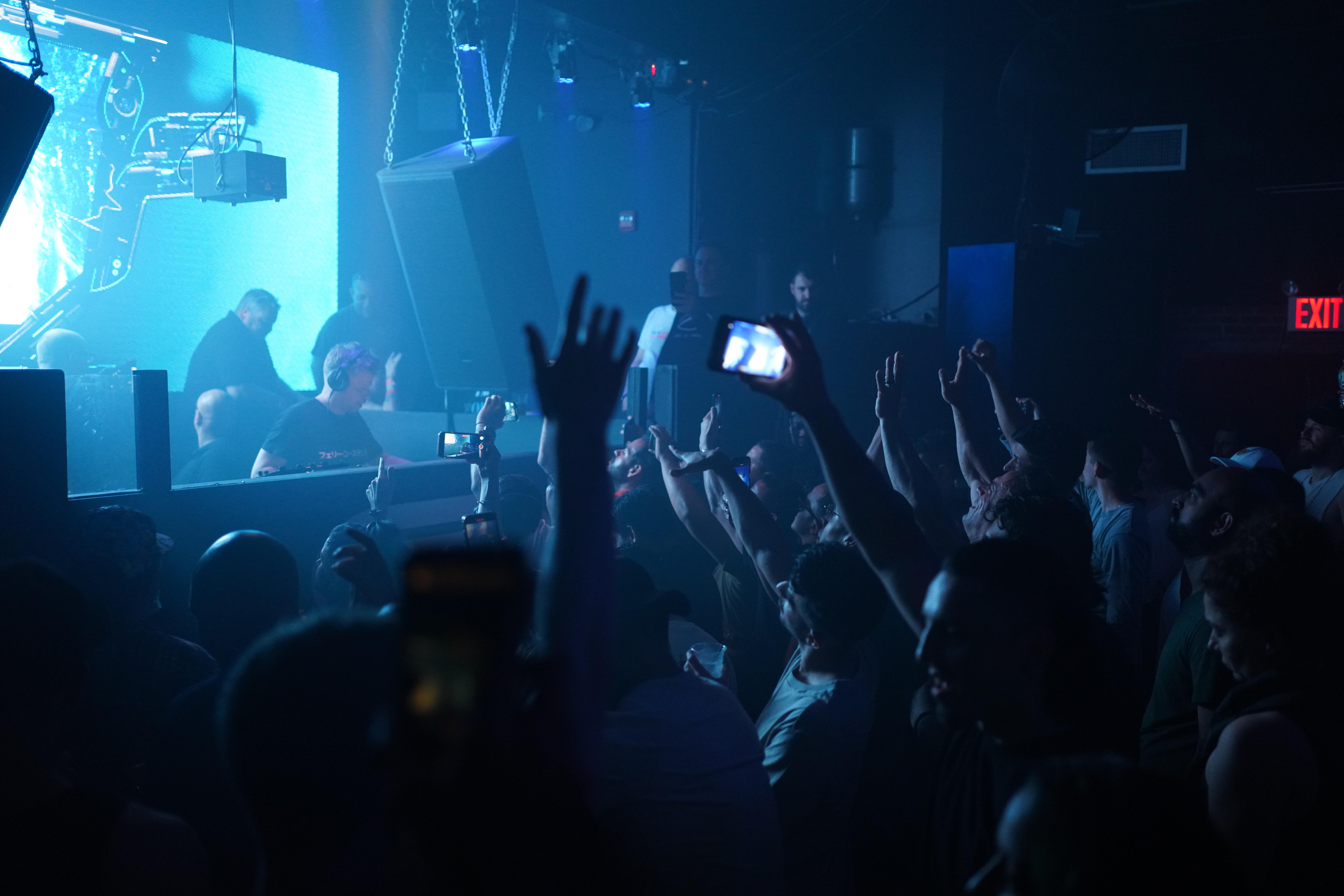 Ferry Corsten’s What The F! Tour: The Music

The sold-out show and music of the night transported me right into my happy place as soon as I stepped foot through the doors. He played so many iconic tracks like “Fire”, “Out of the Blue”, “Loops & Tings”, “Live Forever”, “Mo Chara” and “Not Coming Down” In addition to that, he spun my personal favorite “Anahera” which was chosen as “Tune of the Year” in 2015 on Armin van Buuren’s show A State of Trance.

I saw a lot of friends and familiar faces throughout the night on the dance floor. It was spacious enough to where I didn’t feel squished or like I couldn’t breathe. It allowed me to fully relax into the set. I wasn’t worried if I’d constantly get pushed or stepped on being only five feet tall.

I could easily move around the venue having enough space to dance with my arms and really feel the music pulsate through my body. The show was more than I even dreamed it would be getting to hear an entire night full of music from Ferry. If you get the chance to see him in person don’t pass up the opportunity. Check out his up-and-coming tour dates here.

Ferry knows how to set a vibe and bring you on a journey through his music. Get to know him on a more personal level by reading our in-depth interview with him from issue 29 of EDM World Magazine here.

Enjoy our recap video below from Ferry Corsten’s What The F! tour now.

What is your favorite Ferry Corsten track?! Swipe up to comment below and let me know!