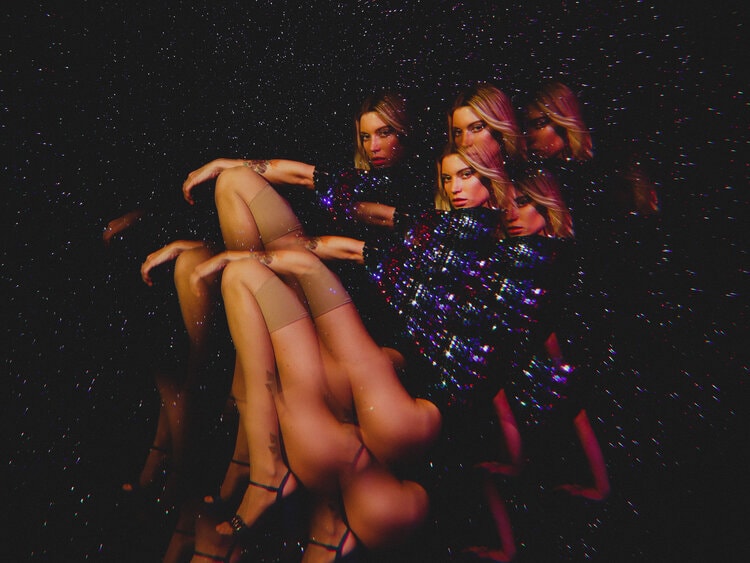 After being introduced to the club scene at an early age, Englund’s debut album expresses her pure love for dance music. As a female EDM artist, Messing With Magic tells the story of Englund maturing into the beautiful woman she is today. Not only is she a talented storyteller, but she can shine in the spotlight in her own right.

Anabel Englund is an American singer, songwriter, producer, and DJ. She is known for her collaborations with house artists including Hot Natured and MK. Years of experience have helped her develop her own voice in a male-dominated industry.

Releasing a house album at the end of a year in which dance clubs have been on pause could have been quite challenging. Instead, Englund used the struggles of 2020 to motivate her to release it at exactly this time.

As a young adult, Englund was exposed to the club environment at an early age and spent time partying with older men, doing drugs, and drinking. The vocalist quickly learned to use her appearance to gain the attention of men in these environments.

These experiences she faced by Englund led her to mature early on. In 2015, she spent time at a treatment facility and reached sobriety. She separated herself from the toxic qualities of the club environment and transformed her passion into pure love for dance music itself. From there, she began developing her own identity as an artist.

Born into a musical family, Englund started her career by performing in her Christian youth group as a teen. Later, she began singing and songwriting for Disney’s ABC Family. Her heartfelt lyrics and vocals quickly caught the attention of those in the EDM community.

In 2012, she began collaborating with various DJs and producers. For example, with Hot Natured in 2013’s “Reverse Skydiving”. Her first single as a solo artist, “London Headache”, was released in 2016 with Defected Records. As a female EDM artist, Anabel Englund’s music is playful, fun, and emotionally inspiring.

Why You’ll Love Her

Englund retains the fun, playful qualities of dance music while expressing her own distinct style. Above all, her music is tremendously empowering. She prioritizes her art, her identity, and self-worth above the toxic qualities associated with the club scene.

As a female artist, Englund’s piece of advice to her younger self would be to not let men push her around. The lessons she’s learned are now infused into the music she produces today. In addition, Englund’s songs are emotionally inspiring. For example, check out the album’s closing track “Burn It” which is a ballad that ends the album on a delicate note.

Although she continues to release dance music, Englund says the future of her career is in creating more pop-inspired songs. As a talented performer, she wants to release more music videos. For example, check out her music video for “Underwater”.

One of my favorite recent live sets she did was for EDC Orlando Virtual Rave-A-Thon.

Another dance-worthy live set to check out is this one with Lee Foss at TRIBE on the Secret Garden stage.

One more live set to check out is the set she did for Factory 93 with Lee Foss and MK.

Listen to Anabel Englund’s debut album Messing With Magic in full on Spotify here or below.

Annabel’s 2016 debut solo single, “London Heartache” teaches the importance of living in the moment and of letting go. It also introduces us to Englund’s ability to shine in the spotlight.

Watch the video with Anabel Englund and MK for their song “Underwater” now. It’s an earworm track that’s stuck in my head.

Watch the lyric video for Anabel Englund “Burn It” now.

What’s your opinion on Female EDM Artist Anabel Englund’s debut album? Swipe up and let me know in the comments below!