09 Jan Is Facebook the Next Big Platform for Music? 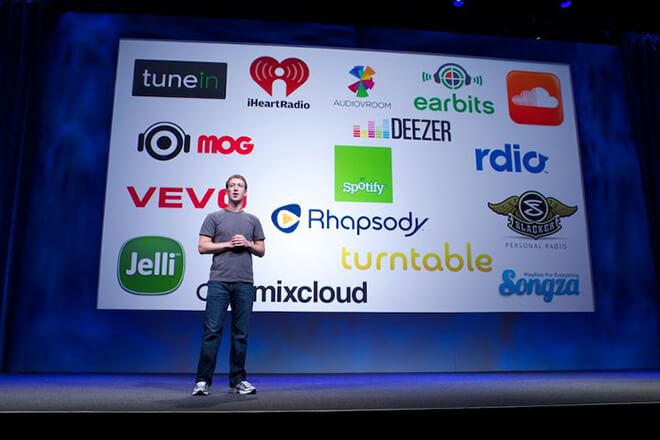 When looking back at 2017, Mark Zuckerberg admitted that he had a lot of contemplation to do as it concerns where Facebook is going.

Many platforms such as Youtube have music partnerships that go hand and hand with their licensing. Myspace was formerly an oasis for musicians and allowed users to share music with one another freely. Facebook, on the other hand, has been quite different in its terms of music sharing. This year, Zuckerberg aspires to change that.

With Spotify being in hot water and Soundcloud’s sound quality crashing, many are seeking new streaming revenues. Facebook just signed a deal this past December with Sony/Universal Music that will give artists royalties for their music played in its videos. Many artists had complained that Youtube and Spotify do not pay nearly what they should, and Facebook hopes to pioneer a new future for artists.

In the past, artist’s music in a user’s video would be flagged and taken down. Now, it no longer will. There is also some talk that Facebook will release music based products or even possibly a streaming service, but nothing has been confirmed yet.

Hopefully, this idea of royalties will find a way bleed out to independent artists in the future.

Is this the solution to the music industry? Let us know what you think in the comments!