Posted at 14:17h in Magazine by Denice 0 Comments
0 Likes
Share 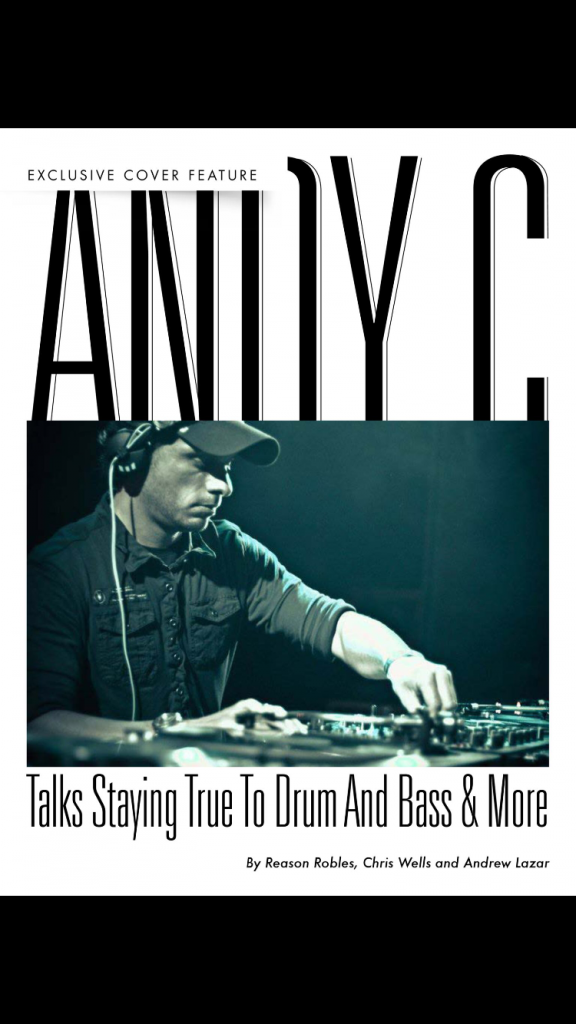 As one of the most essential people in the history of Drum and Bass (D&B) music, Andy C has contributed significantly to its evolution. Starting his career at just 15 years old, Andy C later established Ram Records in 1992, the world’s leading D&B label, with the help of his good friend Ant Miles. Through his record label, which is one of the most successful and well-respected in the world, he has nurtured and contributed to the success of huge headlining artists such as Chase & Status, Wilkinson and Sub Focus. Now, Ram Records hosts their own stages at festivals like EDC Las Vegas. So, when the D&B pioneer from England returned for the Das Energi Festival in Utah, EDM World Mag was able to catch up with him and talk all things music.

When did you first become interested in electronic dance music and what drew you in?
I first became interested in dance music in the late 80’s and early 90’s. We had pirate radio in the UK that was on 24/7, so when I would get ready for school, I’d listen to the radio. That and my sister was a huge influence as well. She started taking me to parties when I was 13, so that’s what kind of started it all.

What life changing experience made you realize that producing DaB music was what you really wanted to do?

Well, DaB didn’t really exist when I first started making music. My sister took me to a rave when I was thirteen and that’s what changed my life. From that point on, making music was all I really wanted to do. I wanted to become a DJ and produce my own tunes and such.

When in the studio, what is your creative process like? Do you go in with a specific philosophy or do you create a vision for the tracks you make?

There’s no real process to speak of. It all really depends on what mood I’m in. For some tunes, I’ll start off with a beat. For others, I’ll start with some chords or a piano line. For instance, “Heartbeat Loud” started with the piano. I was playing it in my house one afternoon and thought it sounded decent, so I went into the studio and recorded it.

What artists have driven you in the past and what artists are inspiring you today?

I’ve really had a ton of inspirations, which range from The Winston’s to Stevie Wonder to Radiohead. For me, musical integrity is key and that’s what I strive for when making music.

You recently released your remix of DJ S.K.T’s track, “Take Me Away.” Are you really into deep house music? How do you go from turning a deep house track into a drum and bass track?

Well, I slowed down the breakdowns and matched it up with the original. But, the first tune I ever made was at 128 BPM, so my career really spans over all genres and all tempos. I have love for all music, so when they asked me to do the remix, it was a no-brainer. You just have to segway it to drum and bass.

Oh, so DJ S.K.T reached out to you about doing the remix?
Yeah, he reached out to me because I did the “Get Free” remix for Major Lazer. So, yeah, that’s how that played out.