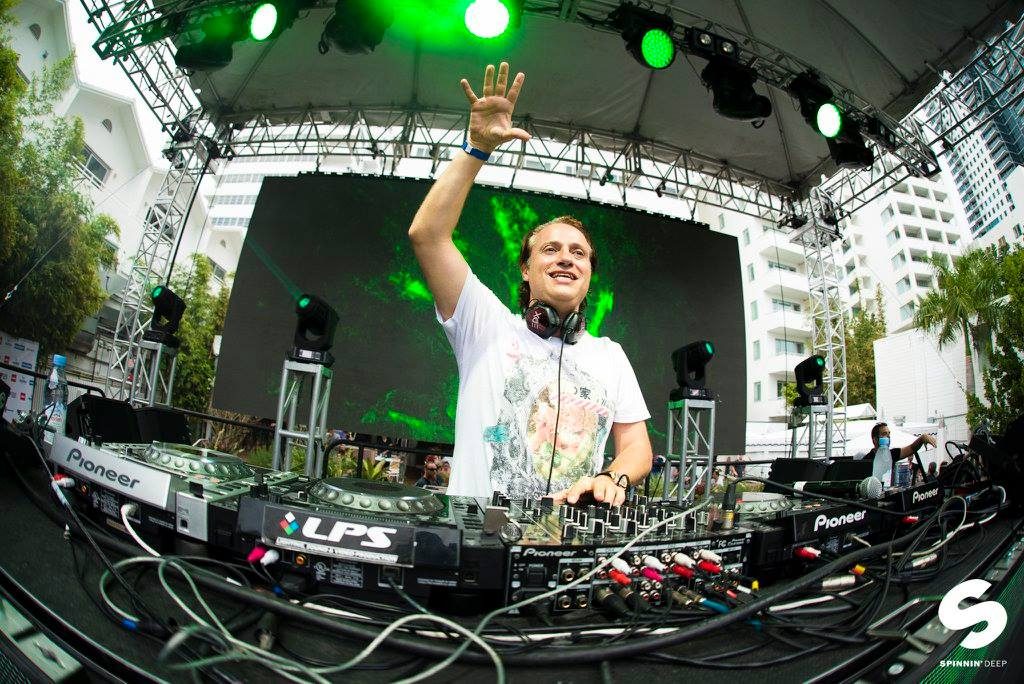 EDX is no stranger to the EDM scene, and whether you realize it or not, you’re no stranger to his music. Since his remix of Robin S’s, “Show Me Love,” blew up, EDX has moved on to only bigger and better things. Celebrating seven years of his radio show, No Xcuses, pumping out several sexy new releases, and touring the world are just a few of the things he’s had on his plate this year. We sat down with EDX in Miami during Ultra Music Festival week to get the update on his wild ride and to chat about life in the music industry.

In a previous interview, you described Miami as your second home. How does it feel to be back?

It’s awesome; it’s beautiful weather. I was touring all year already, and I’ve been home in Switzerland for just a few days. I think I’ve been in Miami more than Switzerland, so let’s just call it my first home this year. It’s feeling good. I have a lot of friends here, especially because of Winter Music Conference, which makes my time in Miami even better.

You have been involved in the EDM scene for so long. What has it been like seeing how much things have changed?

There are different aspects. The music is changing and coming back in cycles, which is awesome because when you see the cycles come back, it gives you this feeling that you’re a part of something and have experienced a lot. It’s been cool.

I’ve experienced the so-called EDM boom in the US, which happened six or seven years back. But it happened two decades ago in Europe, and I had the opportunity to be a part of it all over again in the US with all these kids and this different approach. The movement is growing and growing and the music is evolving. 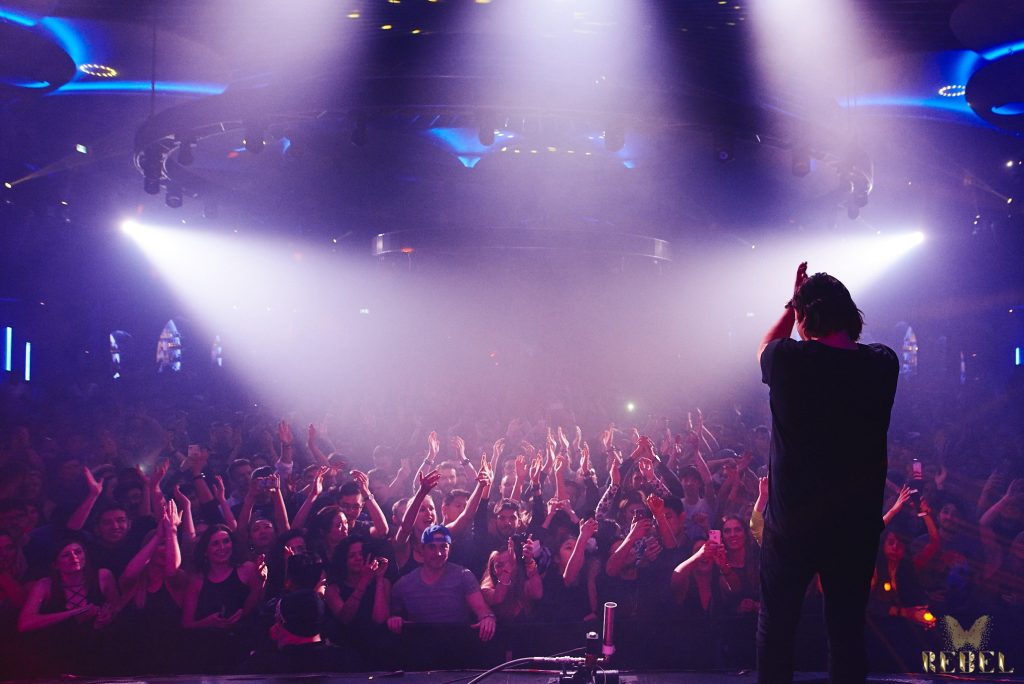 Are there any things you think have changed for the better or for the worse?

What are some of the things that you think have gone for the worse?

It’s more on the technical side, like moving from vinyl to CDs to mp3 technology. Or from spending $20,000 to have a music studio to produce music in to being able to buy a $500 old laptop and downloading illegal software and being able to deliver quite a similar production. The good thing about this is that it’s all about creativity, talent, and music. Before it was very hard to express yourself if you didn’t have a $20,000 studio, so it was very hard to get into that loop. This is one thing that went for the better. This same movement went towards the worse because now there’s so much music coming out and some of it is really crap. You get bombed with music right now.

You have created such a unique sound and genre. How did you find this, and what advice would you give to a new artist who’s trying to do the same?

For me, there are two different ways to be an electronic artist. The first way is when you are doing your thing and staying true to your music (and your whole movement), what you believe in, and waiting for the moment when the music turns towards you (when the cycle happens). Then you will kind of be a leader in the genre because you did your own thing and mastered it over the years. People call it luck, but you really worked and waited for it. The second way is with talent that always jumps on the boats/hypes and tries to be a follower.

As a producer and artist, I would say try to always do your thing, and when you find something that you feel is yours and you really feel the music, just try to make it better, stronger, and one day, it will be the right moment for you to be in the spotlight. I would say this is very important. If you just kind of jump on boats and trends, you’re just a follower, and it’s not you.

What was the thought process behind your remix of “Show Me Love?”

I have a connection to this song because when I was a young kid and somehow started to get more involved with house music, this was one of the songs that I really liked and helped me to master my skills as a DJ. It was just a big track and a good song, so I have all these good memories. No one could beat the original Stonebridge mix, which is awesome. So when I heard the vocals of Kimberly Anne, I thought it had a different vibe and wanted to try it. I went to the studio with my partner and after two hours, we thought, “Wow, we nailed it.” We already had the feeling in the studio that this was something that could be big, so we sent it into the label and they were, of course, coming back with all these things they wanted to change. But we said, “Hey, this is the version. Take it or leave it.” So they said, “Okay, we trust you,” and it went really well. We just hit 19 million streams on Spotify and like 100 million streams on SoundCloud.

What has been one of your favorite collaborations and why?

I’m not one who is known to do collaborations. I think doing remixes is like doing collaborations because you get someone’s song or vocals and you add your music and your beats to it. But in general, I’ve done a record with Kaskade many years back for his album Dynasty called, “Don’t Stop Dancing,” which was a really personal track for me. But I can’t really pick a favorite. I’ve worked with so many great talents, and it wouldn’t be fair to pick one! 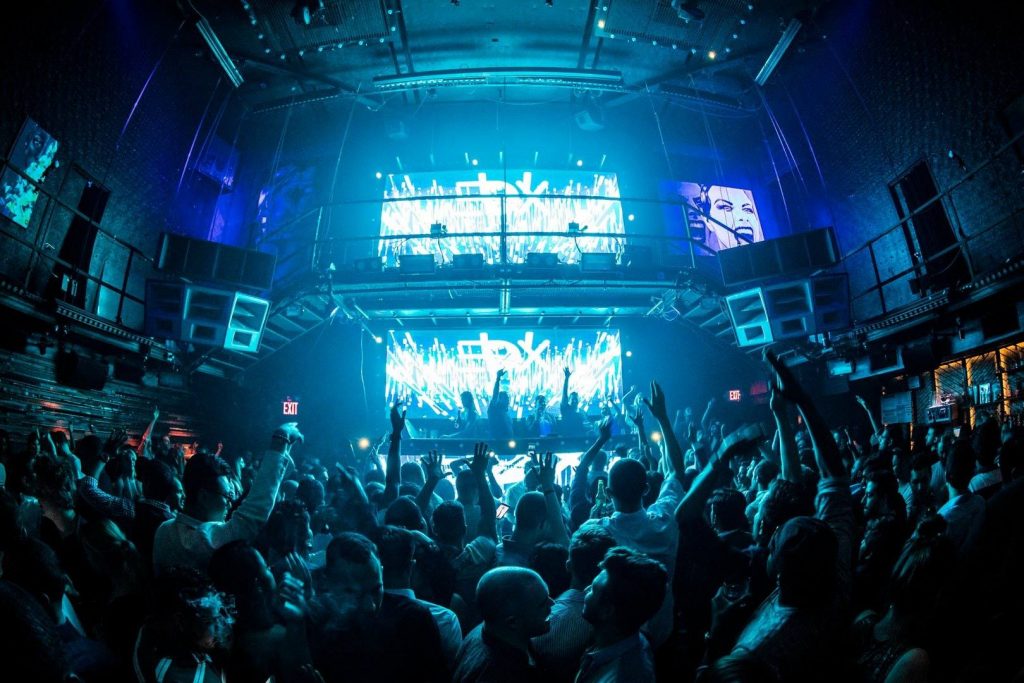 No Xcuses radio show started in 2011 (seven years ago!). What do you believe is the future of the show?

The idea behind NoXcuses was to show some love to all the fans supporting my music and giving me great feedback. I wanted to give something back. It turned into something really cool. It’s evolving; we’re having events all over the world. I think we’ll evolve the event brand by maybe appealing to fashion and lifestyle because I think music is really close to that. The kids of today love music, but they also want to be part of something, a movement.

What was the biggest challenge in your career that you had to overcome, and how did you get through it?

There’s no big challenge; I’m just doing what I like, you know? The challenge I think is that there’s always a new generation coming, and you need to deliver music to it. They mostly don’t want to hear the same music that their older brothers and sisters were listening to, so it’s about reinventing things. For me, it was always important to stay true to my music and believe in my music and work hard. Talent is important but not as important as hard work.

If you could go back in time and give the 18-year-old you some advice (without him knowing you were future you), what would you tell him?

If you really want to do it, you’ve got to know that you need to work hard. You’ll need to work hard in life anyway, but it’s good to work in music because it gives something to people. It’s very important to be yourself and make your music; don’t try to be someone else. That’s the most important thing. Be authentic. Have your own swag.

If you could only eat one food for the rest of your life, what would it be?

Hm.. I think it would be something healthy. I like fish, I like pasta, pizza… What about… I wouldn’t pick pizza. Would you pick pizza?

Me: I wouldn’t pick pizza. 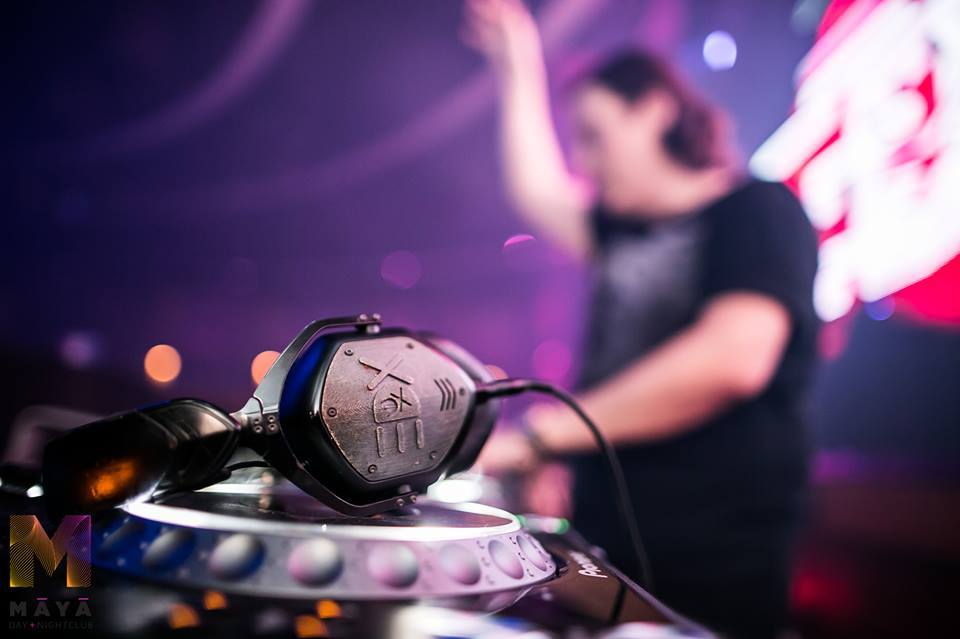 What was one of the most electric crowds you have played for?

It’s hard to say. The first time I played Japan was interesting. I’ve had a lot of great experiences with shows in the US too.

Do you prefer playing huge festivals or club settings? Why?

I’m used to playing both. I think festivals are more for the kids. In general, playing festivals is something I really like because people are all happy and uplifting; they just wanna have a great day and a great experience with their friends. Clubbing is also cool because it’s like a community thing.

What direction do you see your music going?

My music is going, as always, more sexy.

We just released my remix with Charlie Puth, my single, “Jaded,” is out, and both have already hit over a couple million streams on Spotify. My next production is called, “Anthem,” and is already kind of the official Miami Music Week anthem. It’s something different; I tried to do something more club and touching. There will be a lot of music, some revive on the EDX sound, touring like crazy, and having great times!

Check out this groovy and sexy EDX Dubai Skyline Mix of Janelle Monae’s “Make Me Feel” below!

Are you an EDX fan? Swipe up to comment and let me know what you think!