Have you heard DVRKO “Lights Up”? This enigmatic, masked artist just released this second original single streaming everywhere here via L1N3 Records. DVRKO’s “Lights Up” features an accessible chorus, bouncy syncopation, and exudes a soaring feeling of optimism that is sure to chase away the blues. Buoyant and building, “Lights Up” seizes music-lovers’ yearning for all that’s life-affirming with unabashed, hands-in-the-air exuberance.

A true master of ceremonies, DVRKO is hiding-out in his tricked-out recording studio crafting maniacally good tunes with “Lights Up” dropping just in time for Independence Day. With an earworm for a topline and music festival-ready hook, “Lights Up” conjures the summer concert atmosphere with a promise that all is not lost.

The vocal melody feels just right, like something from a dream that’s been yearning to be sung. DVRKO is here to lead the charge with his dynamic blend of swelling sonic climaxes and monstrous beats. “Lights Up” is a song of perseverance that feels like… hope.

The supercharged, anthemic single is a song about redemption and serves as the follow-up to DVRKO’s inaugural release, “This Is How” featuring Sarah De Warren, inspired by personal experiences in inescapable toxic relationships. Stream it everywhere here.

The elusive musician’s debut single clocked more than 1 million global streams in its first month of release and, shortly after, DVRKO revealed the official music video for “This Is How,” featuring an attention-grabbing tale set against the backdrop of an industrialized, dystopian future.

“This is How” was a super-strong showing for DVRKO’s first effort. They racking up more than 350,000 Spotify streams within the first two weeks of its May 11 release alone. The original mix of “This Is How” was also quickly added to the popular “Friday Cratediggers” Spotify playlist.

At the time of release, the combined Spotify monthly listeners of the remixes came in at over 2.4 million. On the radio, “This is How” aired on iHeart Radio’s “Remix Top 30 Countdown,” KLUC-FM Radio Las Vegas “Club 98.5,” Dash Radio’s “Electro City,” amongst others across markets from Miami to Seattle.

DVRKO is a future from the past. Deep compression, resonance in a crowded room to mute the noise. The essence of bass, comprised partially of post-consumer content. Some if it parted out from a stolen lime bike. Echoes and formants without an expect. Anthems speaking through a prism that would destroy itself if it wasn’t beautiful. It is.

Live cut strings, far too many muffs, live drums, and an occasional Theremin. Extracted and interrogated by Billboard.com, DJ Times, Digital Journal, Los Angeles Blade and Fresh Music Freaks; DVRKO refused to give an interview until a light lunch was provided. 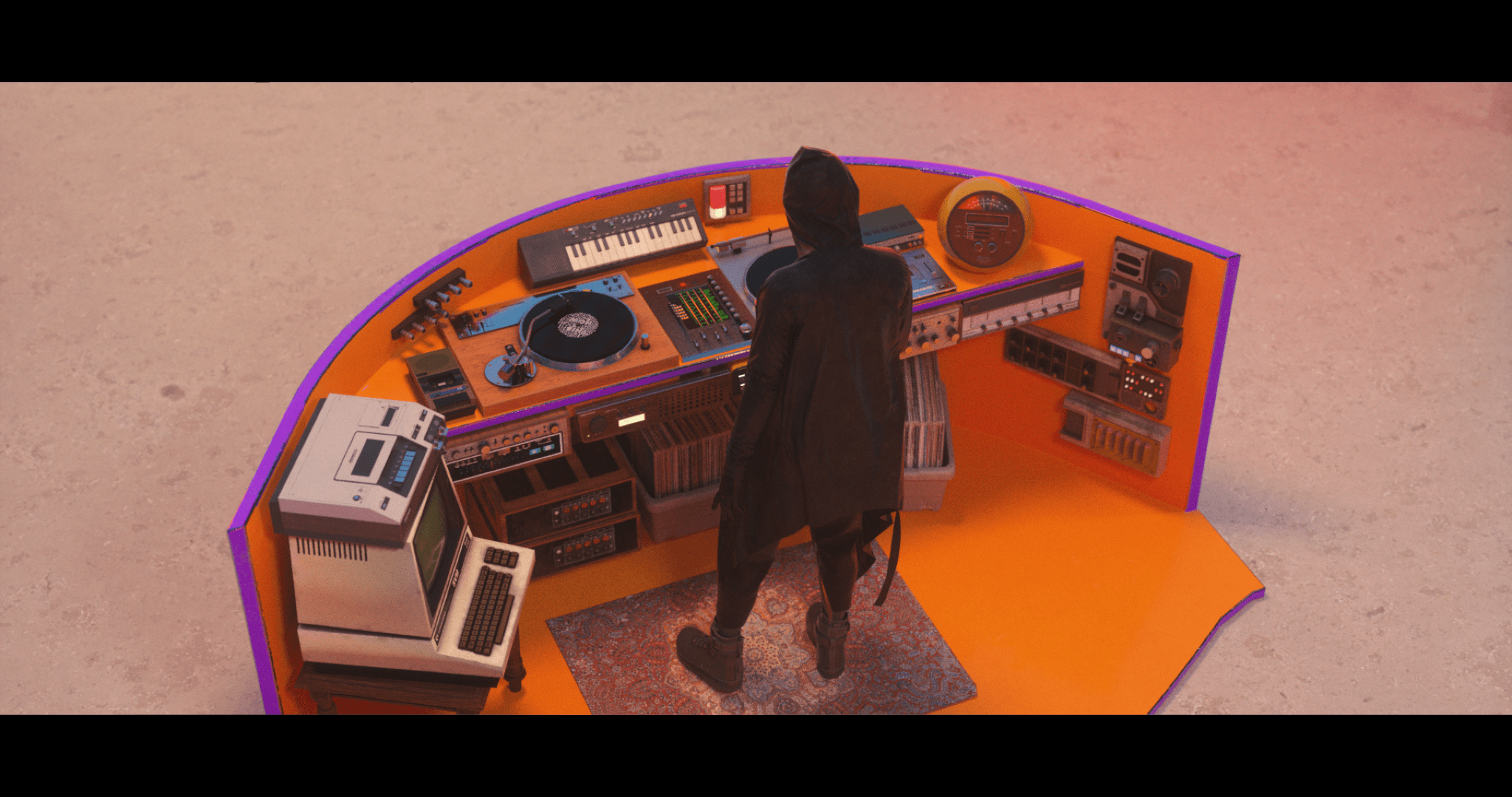 How did you get your start in electronic dance music?

Someone stole my guitar.

When did you take on the name DVRKO or how did you come up with it?

Have you ever let a cat walk on your keyboard?

How would you describe your sound or futuristic music as you would call it?

Anthems, real strings, a harp from 1947, an underwater xylophone, compression, self kicking bass drums, top lines with no weird cult vibes. Probably. It would all fall apart if it wasn’t beautiful, but it is. Be ready.

Artists who have remixed “This Is How” include JAYCEEOH, ATLAST, BIJOU, and more. What criteria went into picking the artists that remixed this track?

A series of demanding chain letters where the stakes were continually higher, until remixing was their only option. I have their nudes. 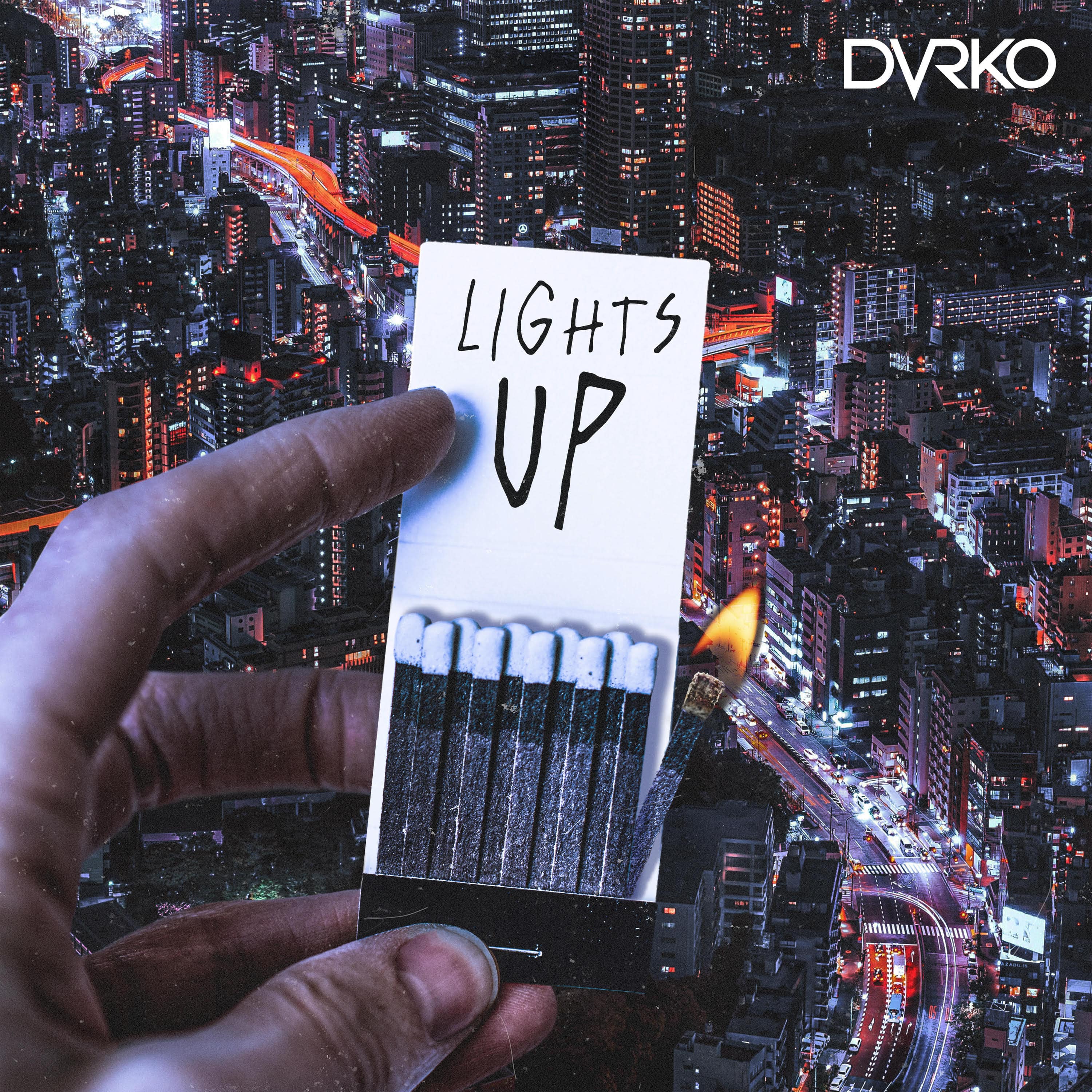 Talk about your NEW single, “Lights Up”?

This is How. A story of tangled yearn, a weave, that we keep walking with in love. A cut that bleeds into the glass you drink from. Also, grandma likes to watch.

Lights Up. It’s a story of redemption. And taller lights. June 29th, a light lunch will be provided.

What was your biggest struggle to get to where you are today?

What is your vision for DVRKO?

Dope progressive EDM, future, past, all unfiltered and unfettered, inconsistent in style, but with the same high-quality production underpinnings. With a rider that includes Parrot seed. 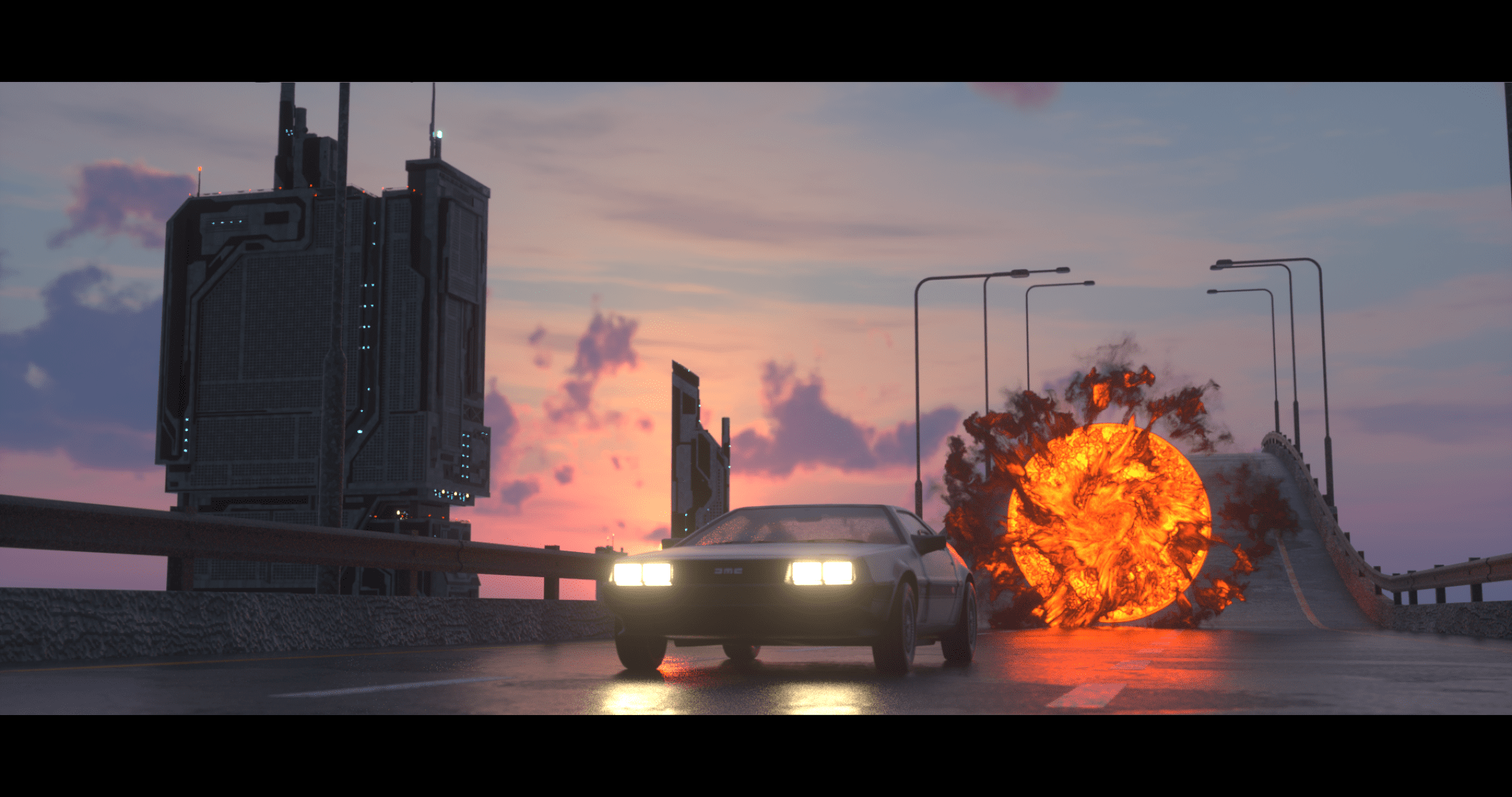 Can you walk us through a day in the life of DVRKO?

How many times have you watched The Notebook in a row?

What are the positives and negatives of hiding your identity behind a mask of mystery?

What are some of your interests outside of making music and using pirated technology?

Who told you about our illegal Muff pedals?

You stated on social media and in past interviewers that your only muse is hating polka. What do you hate about polka so much? 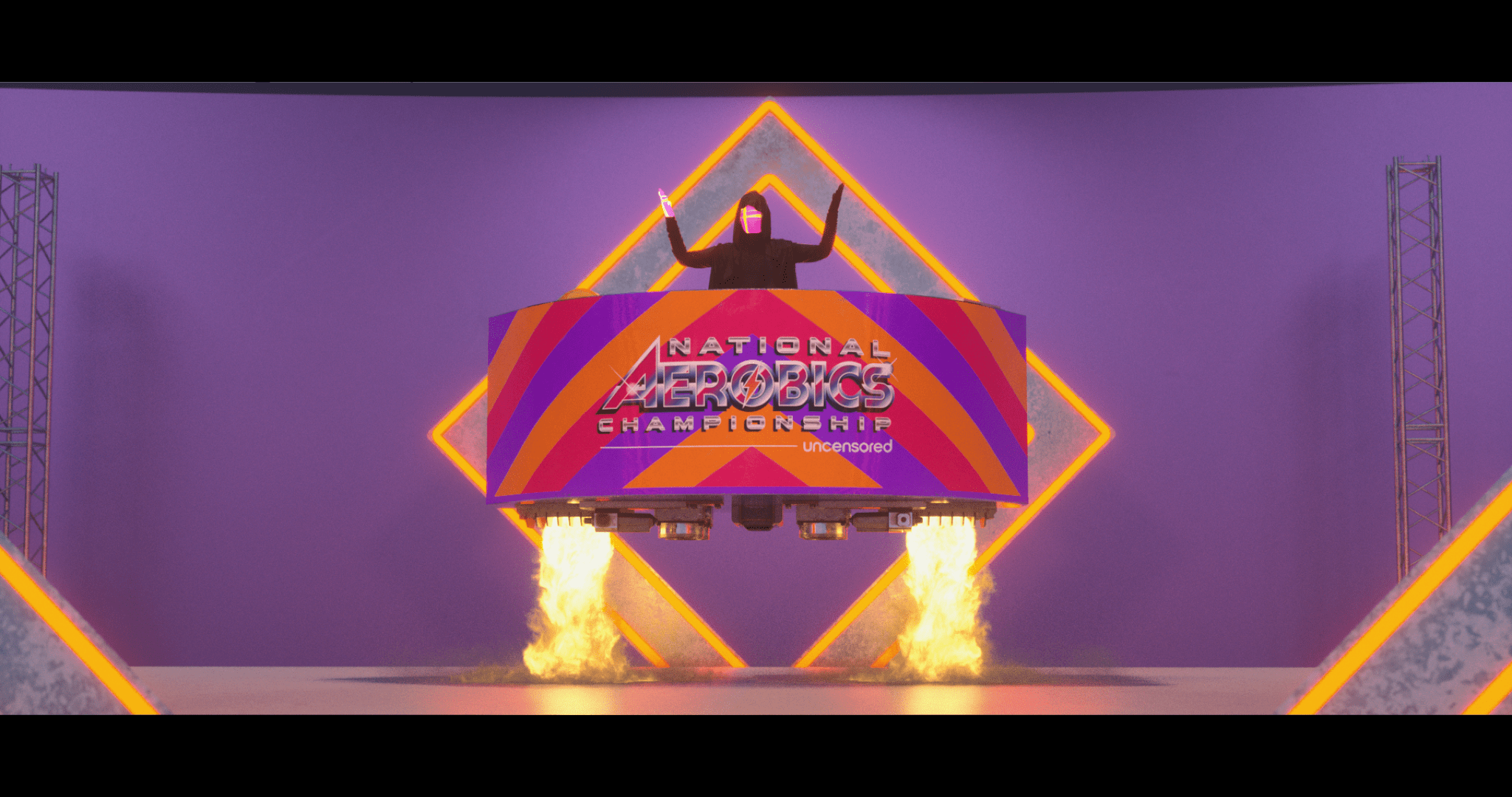 Take me through your sound design process. Is this a quick process or something you might obsess over and revisit? What are your favorite tools to use for sound design?

Super foley around here. A head of lettuce for a kick drum, a pile of nails for a viola solo. A sweep with a high pass crunched for a static fill before a drop. A drop an actual dropping of stuff that happens all the time. This stuff is heavy.

When creating a new track, do you go into it with an outline of what you would like to do, or are you more spontaneous? Why?

I validate myself through hours of tantric screaming, and then I begin.

What do you think sets you apart from your contemporaries?

When you’re not busy creating, which other artists do you listen to?

Once the quarantine is over, what can fans expect from your live show performance?

Huge parts of effort are into our supporting narrative and the world we’re building. It’s rich and story-based past the music and supporting the world for our fan base. Big digital and physical assets, creative different ways to support the universe and franchise being crafted. Also maybe laser dragons if you’re nice.

What do you believe are some important values to stick to while trying to make it in the music industry?

Be about music and entertainment. Be a good person. And never get a Parrot.

What overall message do you hope fans can take away from your music?

How do you envision yourself in the next five years? What are the two biggest goals you’d like to accomplish within that time?

Who do you think about the new single from DVRKO? Swipe up to comment below and let me know!