11 Nov It’s All About DJ Flash

Posted at 14:31h in News by Danielle 0 Comments
0 Likes
Share 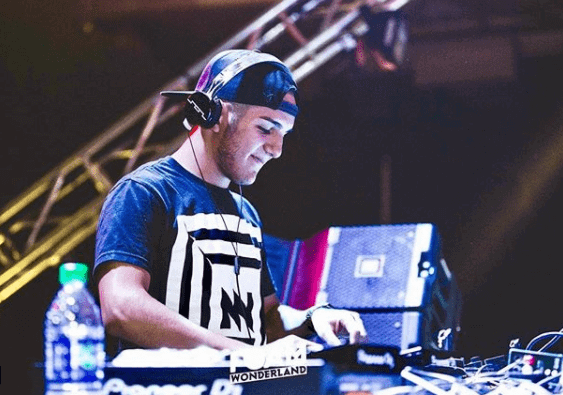 It’s All About DJ Flash

El Paso, born Pablo De La Fuente and better known as DJ Flash, is all about reading the crowd. The very talented and young DJ grew up in Ciudad Juarez, Mexico where he grew his international perspective of music. Under those circumstances, he mixes Big Room, Future/Progressive House, Trap, and Dubstep into his prime-time style. His groovy and happy life is similar to his production style of Future House. His bouncy, energetic, and bassy style is the reason he is consistently rocking stages alongside talented acts such as Zeds Dead, TWRK, 3lau, Milo & Otis, and many other local DJs. What he enjoys the most about his style of music is that he gets to express himself. Even the title of his tracks can connect the fans with his energetic story and the way he feels.

At this instant, his favorite released track, “Flip Dat,” is a collaboration with good friend Bass Cartel. The track fuses everything from bounce, moombahton, and trap. This tune lets the fans know who he is, where he stands, and what you can expect from Flash. Recently DJ Flash joined the #NNeverNNotGang family alongside mentor and friend Kennedy Jones to represent the idea that music is for everyone. Right away the team made him feel welcome and optimistic because they bring people together. One day he hopes to achieve his life goal of changing somebody else’s life using his own work. We can’t wait to watch this young DJ grow!

From DJing at friends’ birthday parties to providing direct support for HEROBUST, Flash is making huge accomplishments in his short career. Without the loving encouragement from his friends and family, he would not be where he is today. Gaining influence from Kennedy Jones, 4B, and Borgore, his future includes plans to perform more shows and gain more exposure! FYI, there are already signed tracks in place and a few collaborations with known and upcoming artists!

Who should DJ Flash collaborate with next? Listen to the Bass Cartel x DJ Flash single below, and let us know what you think!