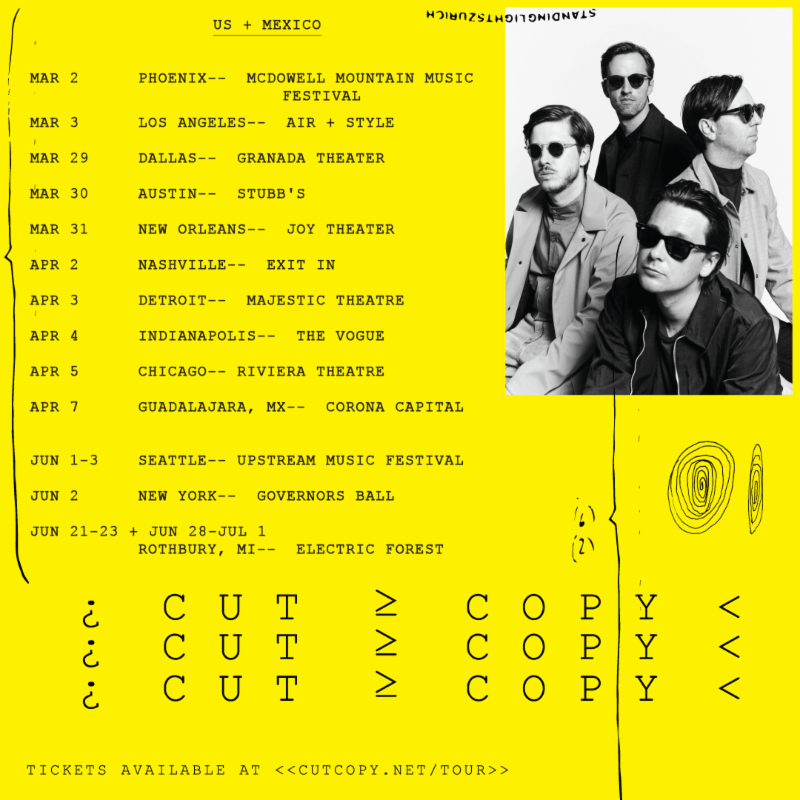 Australian, synth-pop quartet Cut Copy are back with a series of U.S. headline shows this spring to support their new album “Haiku From Zero.”

The run will kick off on March 29th at the Granada Theater in Dallas and includes shows at Exit In in Nashville on April 2nd and the Riviera Theater in Chicago April 5th.

Produced by Ben Allen (Deerhunter, Animal Collective, Neon Indian), “Haiku From Zero” is Cut Copy’s first proper studio album in nearly four years and it will be the first for Astralwerks.

In addition to headlining massive sold-out shows, the band has gained prime slots at prestigious festivals such as Coachella, Ultra, and Lollapalooza in the United States. They have also secured spots at Primavera in Spain, Pitchfork in Paris, Summer Sonic in Japan, and Big Day Out in Australia. Tickets for the band’s tour can be found here.

Scroll Down And Comment Below To Tell Me What You Think About Cut Copy’s Upcoming Tour!