Grammy-nominated electronic group Cosmic Gate recently celebrated 20 years in the game. To celebrate, Nic and Bossi released their new LP ‘Forwards Ever, Backwards Never.’ The duo is currently on tour and one of their stops was day three of EDC Orlando. [Never been to EDC Orlando click HERE for our EDCO festival preview]

Cosmic Gate has also received praise in crafting official remixes for Ferry Corsten, Deadmau5, Tiesto and many more. They also crushed sets at Tomorrowland, Creamfields, ULTRA, EDC, and Electric Zoo. It doesn’t stop there. Their busy schedules have had them perform live sets for Armin Van Buuren’s ASOT and Dreamstate. All this before co-headlining the SHINE Ibiza parties with Paul van Dyk.

I was able to talk to the fellas, on behalf of EDM World Magazine, about their illustrious and pioneering position in the dance community, as well as the 20-year celebratory milestone and the new LP. 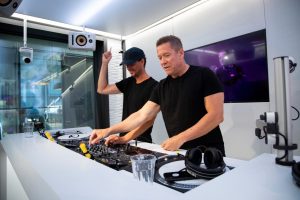 You’re currently on tour celebrating 20 years of being in the music industry. How has your approach to your DJ sets and performances changed over the years? What specifically were the catalysts for these changes?

.
Nic: It is actually more so one common thing that has never changed. That we never want to change, and that’s actual DJing. Which means playing in the moment and not preparing every song. We don’t know beforehand what kind of set we are going to play. We really want to connect with the crowd, we want to see what we feel that night and how the crowd reacts. So… actually DJing. It’s really hard to imagine in the studio how the night is going to go, so we want to decide on the spot.

Bossi: Exactly! Things have changed in this whole scene. Everything surrounds social media of course and now you’re playing with USB instead of vinyl. Still in the end, when it comes to DJing and how we do a DJ set, we are the old-school art of DJing. Well actually, it is not even old-school to us… it’s just actually DJing.

How would you describe the feelings you had when you first realized you were approaching your 20-year anniversary?

.
Bossi: It is actually kind of funny. we were like “Oh, well yeah, next year is 20 years. This is like… Wow! Crazy! What are we going to do? Are we going to do something?”

Nic: We couldn’t believe it ourselves. Especially since time flew by so quickly. “How has that been 20 years?” We couldn’t even believe it

Nic: But then we thought, it’s a big number and we want to definitely celebrate it.

Bossi: And that’s what we did!

What does the title of your new LP ‘20 Years – [Forward Ever Backward Never]’ mean to you?

.
Bossi: ‘Forward Ever Backward Never’ is basically a little bit of a motto of how we feel and what we do. We never really stand still. We like to add new things to our production. Always pushing musical limits and boundaries forward. So that’s kind of our motto and it’s a very good slogan. It stands for us and how we are, how we produce the music we do and what we do as DJs.

Nic: Yeah, I mean listen to our albums from the first album to the last one and you’ll know exactly what ‘Forward Ever Backward Never’ means. It’s always changing and evolving.

Bossi: We have our signature sound and writing, this never changes. Of course, you change the speed and of course, you evolve because you don’t want to continue doing the same thing. Still, when you hear our music you can tell it’s a Cosmic Gate song, which is maybe the biggest compliment for us as producers.

How did you go about selecting the artist you had remix your biggest hits for the LP like Ilan Bluestone, Andrew Bayer, Grum, and Estiva? What vibe or sound did you want them to achieve with their remixes?

.
Nic: one factor is we like their sound that’s a big factor but we also tour a lot and we see those guys and then you become friends or you really click really well and that obviously also plays a part but it’s mainly their sound in their productions so we thought a spin with their sounds on our tracks that would be really interesting

What are the secrets to a successful artistic union partnership after all of these years especially while juggling both music production and touring?

.
Bossi: What’s the secret? In the end, it’s personal chemistry and of course, on top, you have to feel the same about music. You could be the best of buddies, but if you have different visions and ideas about the creative process… then being buddies does not really help.

FeFe: Because you all did not start off knowing each other? 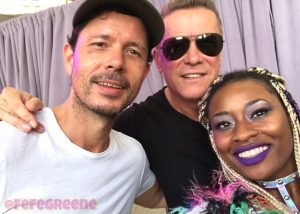 Bossi: We grew with the project and we are closer now after 20 years, way closer than when we started… Give us 10 tracks, possibly even 100, and with only one or two to pick I’m 99% sure we would pick the same one or two tracks. That’s for club sets or mainstage sets. I’m pretty sure we will hit the same tracks.

Nic: I also think it’s about being respectful while having egos, which everyone has an ego in this industry. Your ego should not be too much to respect what the other has to say. Listen and make it work.

Bossi: If someone does not want something, even if the other wants to do it, we won’t do it. Because if someone is not feeling comfortable with something that’s not good.
Of course, if someone loves something, but the other is like “yeah it’s okay,” then okay, let’s try it [first].
But if the other is like NO, even if you love it, we will be like “Hey this guy is experienced and he knows stuff… maybe [this song] is just for me,” and we will put it aside.

You’ve performed many times at Electric Daisy Carnival. Is there anything you plan to do today that’s different from your prior performances at other festivals to connect with the EDC fanbase in particular?

.
Bossi: What’s very special about today is it’s a sunset set. Just look at the weather, it’s beautiful. It’s warm. We are just going to be up there and eventually be inspired by the vibe of the changing scenery. We have one or two new tracks that we will eventually play… But let’s see [first] we might, but we might not because besides our opening track we have no clue!

Nic: When we DJ, the crowd really has a big impact because of the way they react to a song. [Performing,] it’s really just an interaction between us and the crowd. 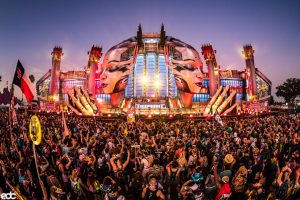 What song have you been looking forward to playing each night recently that’s been on constant rotation and a huge hit with the crowd?

Bossi: Every song we play, we really enjoy playing. [However,] it’s those tracks that basically no other trance DJ would play [that we look forward to playing].
Say we play Energy 52, the remix of ‘Tale of Us’ and people go off. They’re like “What remix is that?” And we’re like “A ‘tale of us,'” and people are like “You played a ‘Tale of Us’ remix?” and were like “Sure!” It’s techno-deep stuff but if you play it at the right moment, that’s the most fun tracks.

Nic & Bossi: Basically playing something that no one expects.

Bossi: That’s the most fun.

Nic: It’s amazing when they go off… and they’re like wow!

What does it mean for your career moving forward now that you’ve reached this 20-year milestone? Will you start to wind down or is this still just the beginning for Cosmic Gate?

Bossi: It’s a new start. It was a milestone but it’s not going to change our hunger.

Nic: It’s more of a way where we can pause for second and celebrate this amazing thing and go forward.

Bossi: We have new things planned it’s not like, okay we’ve been there and we’ve reached a lot [and now we’re done.]

Nic: We are already working on a new album!

What do you hope to see or not see for the future of trance music? Why?

.
Nic: That’s interesting. The thing is, trance is really diverse these days which is beautiful and people [have to] get more and more accepting of that fact; because for a while some hard-core trance fans only listened to trance and they keep fighting for this [the genre to stay the same] for years and decades. But no! Trance is such a wide range and we want more and more people to understand that. To be more open-minded about it and we’re on a really good path these days.

Bossi: Most people think trance is just strings and fast beats and these days there’s progressive deeper trance with 120 and 122 beats [per minute] which is not typical trance but it’s trance, which has a wide range and variety and its awesome.

Click HERE to follow Cosmic Gate as they continue their 20 years Forward Ever Backward Never tour or to purchase their new LP. 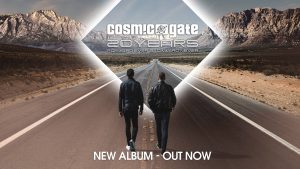 Enjoyed the fellas of Cosmic Gate? Scroll below to tell me what you think about their great achievement.