08 Feb Why You Should Check Out Cobrayama ASAP 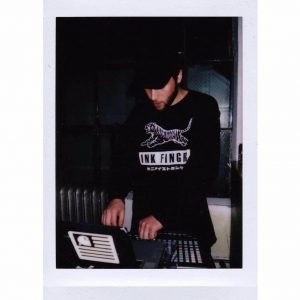 Why You Should Check Out Cobrayama ASAP

Based in Brooklyn, New York, Mike Iannatto, also known as Cobrayama, is dropping some fresh beats in the chill R & B electronic music scene. His melodic funk-tastic music is nothing short of genius. When he’s not in the studio, you can catch him making bootleg action figures and visual art. Check out some of his dope tunes here!

What motivated you to make music?

I got interested in music when I was in the 1st grade. My dad plays music so he got me a guitar with a Dragon and some flames on it. My hands were too small to play it really, but I was able to play a few years later.

What’s it like to live in the Brooklyn/New York City area?

I think most people have a love/hate relationship with NYC. As an artist, it’s pretty inspiring. Things are possible here that aren’t possible in a lot of other places. Also, people are pretty good at stuff here.

Who are some of your favorite artists to perform with?

Hmmm… Off the top of my head Jaw Gems, Fyvr, Elaquent, Gibbz, Recess, Russ Liquid and Branx. I like to perform with people because it’s more fun than doing it alone, music is meant to be shared.

Your music features chill electronic and old school funk. What was your inspiration for creating this genre of electronic music?

I initially got into electronic music because it was mysterious, I didn’t understand how it was done so I started figuring out.

Your song “Someone Like You” with Gibbz contains a combination of soulful funk with a chill groove. What do you try to communicate to the audience through your vibe?

“Someone Like You” is a straight vibe. It’s got a strong emotional context. I think we were just trying to communicate that. It’s sad but hopeful and I think it’s a pretty powerful song. It meant a lot at the time we made it. I really felt that way at the time. And Gibbz can really channel some deep emotion in his voice.

What was it like growing up in New Jersey? Do you think growing up there influenced your music career?

Growing up in Jersey definitely had an effect on my music. I grew up in in a place where a lot of my friends we really creative. A lot of people made music and art. I still hang with all my old friends most of them are still doing really cool stuff. We lived close to New York City and Philly so we were able to go to a lot of shows and experience culture. That had a big impact.

What is it that you love about your subgenre’s scene?

Your new EP, Channel Drift, is comprised of chill and jazzy R & B. What led you to create a song with such a slow-moving futuristic funk vibe?

Channel Drift was a pretty natural progression of the music I had been making before that. I had some beats I made and sent them to Recess (Drew Birch & Ian Gilley) and they just took the tracks to whole other level completely. Those dudes are incredibly talented.

Where are some of your favorite places to perform?

Chicago, Denver are always good shows. The more friends I have in a city the more I like to be there.

What’s it like working with the clothing company Inkfinger?

Ink Finger was something I started with my friends (Nemi & Keith Seaman) when we went to school for art. We just started this squad made art and t-shirts together and started selling it at parties for beer money, real DIY vibes. It evolved into a legit company. We slang our gear online (inkfinger.com) and it continues to grow. We keep it DIY though to this day.

Where can we find you performing this upcoming spring?

I’ll be going on the road with Michal Menert in early March. We’ll be traveling to a few cities showing our visual art as well as performing our music. I have a date March 8th in Denver with Recess & The Orcastrator.

What advice would you give an aspiring DJ?

Don’t let anyone throw you off your course. Do what you believe in and do it because it’s how you want to spend your time on earth. Don’t sell your soul.

What do you like to do in your spare time?

In my spare time, I make bootleg action figures and visual art. I’ve also been working on other musical projects as well.

What single night out has been the most memorable for you as a DJ?

Hudson Project set was memorable and the storm afterward was insane. Same with Red Rocks opening for Lettuce with Exmag a storm hit really hard in the middle of our set. It’s hard to pick 1 single night.

Has there been any specific festival or show you’ve attended that changed your perception on creating music?

I saw Rza do a live score to the original ’36 Chambers of the Shaolin’ movie a few months ago and that was really inspiring. Wu-Tang and Rza have always been a big influence.

What new music are you currently working on? What can your fans look forward to from you next?

Right now I’m working on a lot of different projects. I’m making a more indie type sound album, kind of a shoegaze vibe. Inspired by My Bloody Valentine, Slowdive and stuff like that from the 90’s with my boy Nikfit from Neaux. As for Cobrayama, I’m working on an EP, some stuff with my boy FYVR and I plan on putting out a new mix soon.

Make sure to listen to some of Cobrayama’s tunes fusing funk and R & B. His signature style expands the boundaries of EDM…Find him on Facebook where you can see where he’ll be performing this spring.