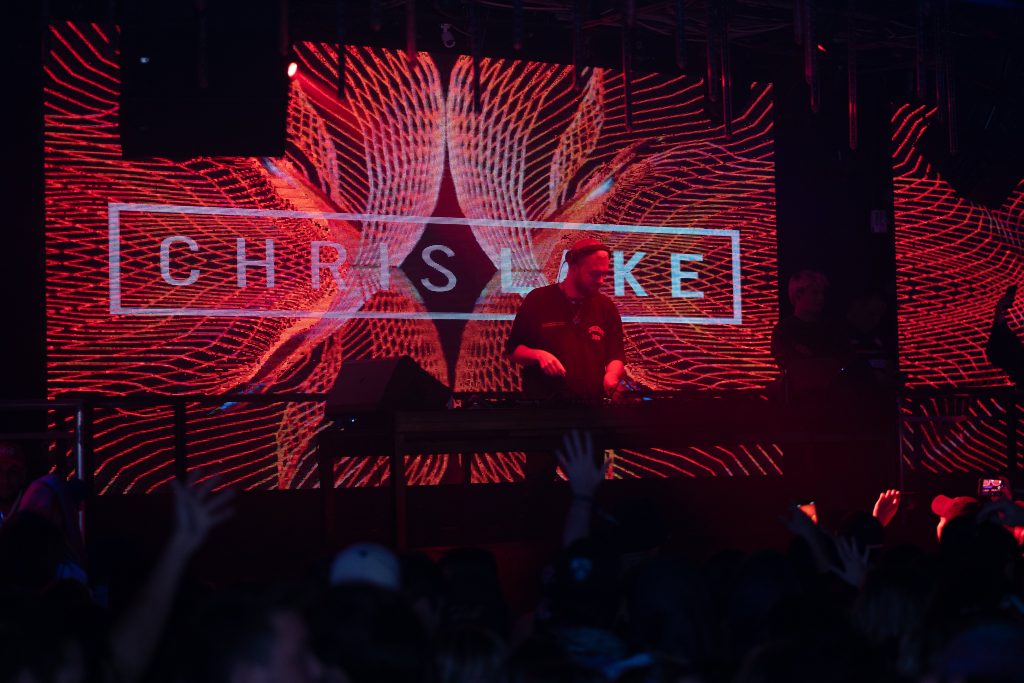 Finals week is coming up and the majority of college students in Tallahassee have been studying nonstop since returning from Thanksgiving break. However, Wednesday night was something far more important than shooting for a 4.0. After a three-year absence, the legendary Chris Lake was finally making a return.

Chris Lake’s last Tallahassee performance was in September of 2018. In the time between, he has grown tremendously as a producer and DJ. The house fanatics in the area could not have been more excited to see him drop a killer set, and believe me, he did not disappoint.

A small army of local Tallahassee DJs set the stage for Chris Lake. My friends and I showed up around 30 minutes into Franco’s set, the opener right before the man everyone came to see.

As we walked into Bajas Beachclub, heads turned towards my girlfriend and me. Now you might think I’m cocky for suggesting that we are a power couple, but the eyes were on us for a different reason. We wore matching Mr. Meeseeks onesies (from Rick and Morty) and looked pretty ridiculous next to each other.

In fact, we weren’t the only ones embracing the Chris Lake holiday spirit. Attendees all around us had on goofy and eccentric outfits. Everyone was prepared to get funky for the headlining set.

Chris Lake Revs Up the Crowd

Chris Lake took the stage at 1 AM; this was later than the typical headlining spot, but we expected him to go well past the typical closing time for a Bajas concert. From the moment he took position behind the board, the audience was under his spell.

One of the first tracks Chris Lake played was an ID of “In Da Ghetto” by Skrillex and J Balvin. As a snare loop was shortened for a buildup, colorful pixels bounced around on the screen behind Chris Lake. When the buildup reached its climax the music stopped except for a quick acapella followed by the drop.

The club went from dark to bright red as it was illuminated by the hundreds of ceiling lights. A heavy bass house beat played behind the “In Da Ghetto” chorus.

Chris Lake also queued up his club favorites throughout the night. The crowd roared when they realized that he was transitioning into his song “Hey Pablo” (produced under his alias Anti Up, a project with Chris Lorenzo). Smoke machines erupted into the audience during Chris Lake’s “I Want You”. 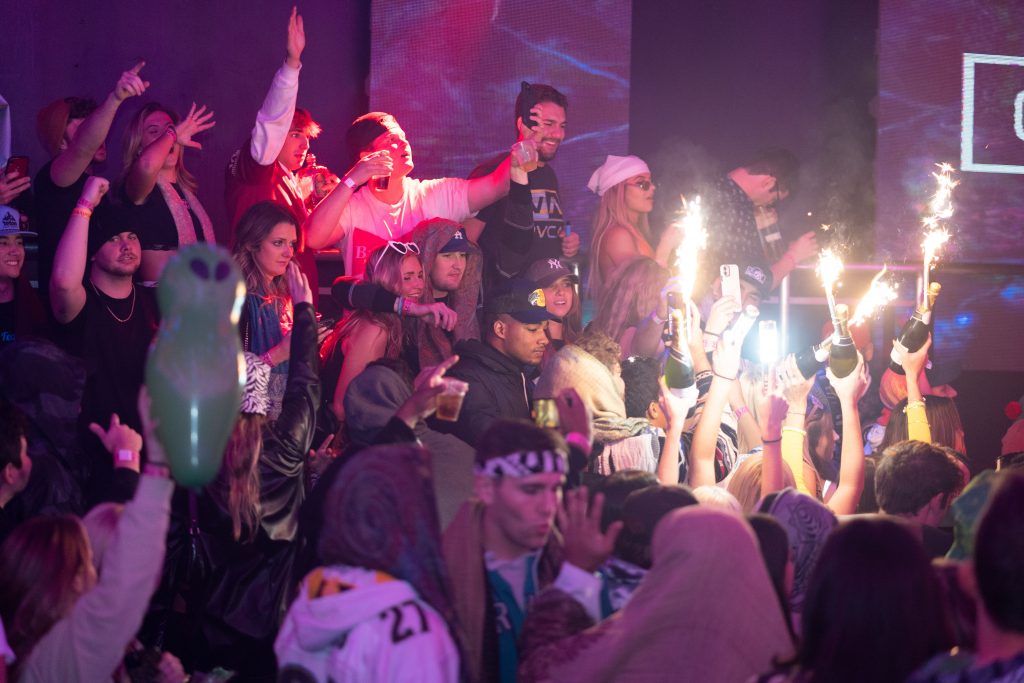 A table of ravers order bottle service as they dance to Chris Lake’s set. (Photo courtesy of Chase Febles)

A Surprising Switch in Style

The talented DJ did not just stick to the tech house and bass house vibes that his produced tracks usually embody. Chris Lake blessed us with sequences of deep techno that kept the heart of the club beating vigorously. Additionally, there were other elements of techno such as robotic vocals and fast-paced bass drums.

Techno is always a great change of pace, but the highlight of my night is when Chris Lake slowed things down. He led us into our feels by playing the chorus of “Innerbloom” by RÜFÜS DU SOL. It was far into Chris Lake’s set and we needed time to catch our breath before he threw it down for the last 30 minutes.

We stayed back in forth as we sang the words to the melodic masterpiece. As I predicted, “Innerbloom” was smoothly transformed into a house ID for the ages. White spotlights aimed down on Chris Lake while he blended the song into a simple but engaging house beat.

Shortly after, Chris Lake was back to his old ways. He was playing a bass house track with emphatic horns that trumpeted over the beat. I could tell he was utilizing a lot of effects later in his set (and this track specifically) to make his set more exotic and memorable.

Chris Lake Closes Out the Night

Around 3 AM, Chris Lake began to wrap up his set; however, the crowd had other plans. We chanted “one more song” over and over again until Chris Lake finally gave in. He smirked seeing the attendees’ pure excitement when they heard the beginning of his remix to “Let’s Go Dancing”, a 2013 house track by Tiga and Audion that became an instant classic.

Following his encore, we stumbled out of Bajas in our onesies. My legs felt like jelly from the nonstop moving during Chris Lake’s lengthy set. If one thing is for certain, Chris Lake wants to go “all night dancing”.

Have you seen Chris Lake perform live? Swipe up to comment below and let us know your favorite part of his set!