Posted at 17:00h in Festival by Denice 0 Comments
0 Likes
Share 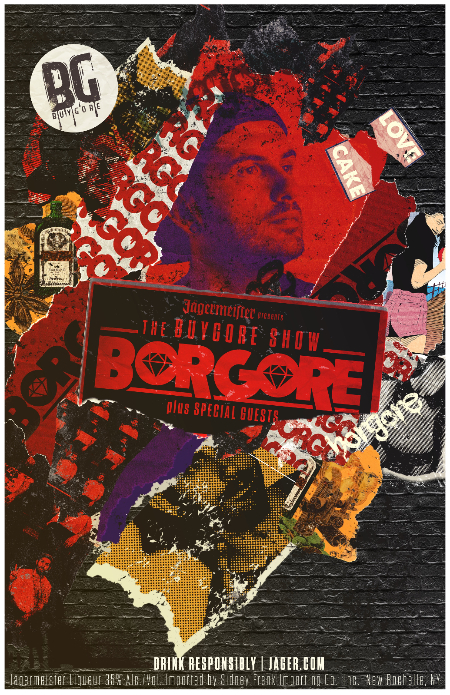 Following a series of successful performances in Europe and Ibiza this summer, Borgore is finally taking his salacious stylings on the road this fall, partnering with Jaegermeister to kick off The Buygore Show U.S. Tour.

Setting out with a bevy of special guests including Bad Royale and Styles & Complete, Borgore will bring his bass-heavy sound and legendary showmanship to over twenty cities throughout the United States. With several surprise performance announcements still to come, Borgore and his bus will make noted stops across all corners of the U.S., all the way from San Francisco’s Regency Ballroom to the New Daisy Theatre in Memphis.

Last year, the Tel-Aviv born producer released his first full-length album #NEWGOREORDER, a playfully satirical manifesto that quickly gained viral attention, moving through the realms of electro house and trap. Through his mischievous mentality and artistic audacity, Asaf Borger, has amassed to well over 2 million fans worldwide throughout his decade-long span of accomplishments, including heading up his own successful label, Buygore Records, headlining sold out shows at iconic events such as Tomorrowland, Made In America, Ultra and EDC Las Vegas, a weekly internationally syndicated SiriusXM radio series “The Borgore Show,” and a milieu of collaborative bangers alongside fellow cohorts like Miley Cyrus, Waka Flocka Flame and Diplo.

With his upcoming EP set for September, the producer has fused an electronic sound with influences from rap and hip-hop, including working with artists such as rapper G-Eazy for his upcoming single. See below for a full list of U.S. tour dates with some dates still to be announced and click here to purchase tickets to a show near you! Be sure to check back to EDM World Magazine for exclusive coverage in the magazine and on the blog!