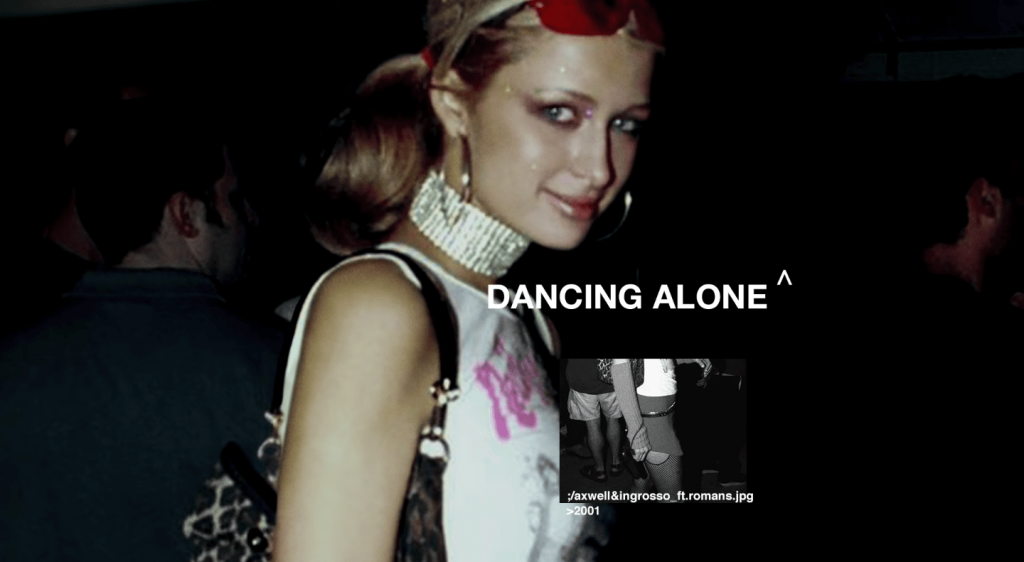 Axwell Ingrosso has been teasing us with so much unreleased music. Ever since the last Axwell Ingrosso show I’ve attended, they dropped about 3 ID’s that are just mindblowing. Each time Axwell Ingrosso puts on a show, it’s unforgettable, but this ID is something more than itself. It’s titled ‘Dancing Alone’ featuring RØMANS.

Dancing Alone has been playing in my mind ever since the tease at The Brooklyn Mirage two months ago in Brooklyn, NY. Just getting back from a long trip, I realized that the song was just released and I was completely stoked about hearing the news! As I was internally screaming, this song has to be my favorite since then and has been on repeat ever since.

There are too many shining qualities of this song that we must acknowledge. For example, just like Axwell & Ingrosso, their music is uplifting and it brings the life of the party. The song is upbeat, transcending and an ultimate party starter. The cover art is iconic as well cause it shows Paris Hilton on the cover striking a pose, which is brilliant. Some people are thinking that this is hinting that it’s more along the vibe of Swedish House Mafia, which can be a theory. Aside from that, this song is the perfect thing to let loose to in the club or at a festival.

The lyrics are just talking about a girl who is dancing alone and wondering why she is. It shows the confidence and poise of her dancing alone. The euphoric track is just one of those songs you cannot get tired of. It’s a song that is unforgettable from the lyrics and the beat drop. To me, it has to be one of the more unforgettable Axwell Ingrosso songs. Tell us what you think below!

What do you think of Axwell Ingrosso’s new single ‘Dancing Alone’ featuring RØMANS? Swipe up to comment below and let me know!