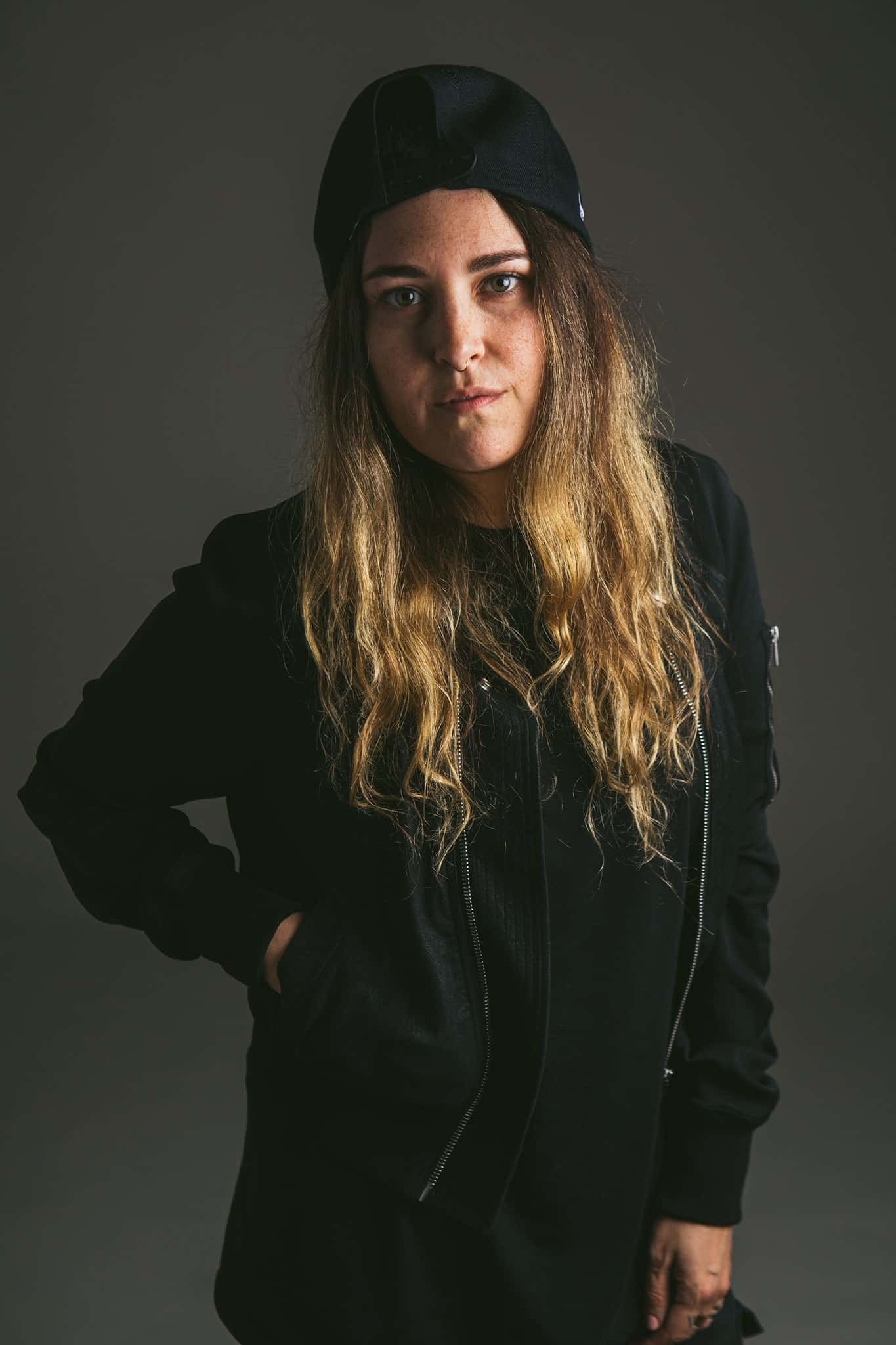 Avi Sic is a Chicago-based DJ and producer that performs over 300 shows a year at various venues. She was the first female DJ in Chicago to have a residency with iHeartRadio and KISSFM and is the official concourse DJ for the NBA’s Chicago Bulls for six years. I was blessed to interview her before Pride In The Park. Check out my full interview with Avi Sic below now.

How do you find the time to have a life outside of work while DJing over 300 shows a year?

Yeah, it’s nuts! But it’s awesome! Life and work kind of blend together most of the time but I make certain things a priority.

You are originally from the east coast and later moved to Chicago – what brought you here?

I knew I wanted to move to the big city after college. I went to college in Savannah, Georgia at the College of Art & Design and I didn’t want to move home. I grew up very close to New York City and I felt like I had already experienced that. Los Angeles seemed too far.

I just kind of on a whim had a couple of friends who were moving to Chicago and I moved without even testing the city out. I just threw myself into it.

Yea I mean you have had such an amazing career here, so far. You are the first female DJ in Chicago to hold down a residency for IHEARTRADIO and KISS FM, DJ for the Chicago Bulls. Those are some great things to have achieved for just having moved to Chicago on a whim. Did you ever imagine this is where music would take you or even what you had planned?

It has definitely worked out pretty well! It’s pretty hard to say. I did know from a very early age that music is what I wanted to do. I just didn’t know how I fit into that. With the rise of DJ popularity it just kind of unfolded this way.

It’s definitely what I always wanted to do, performing in general. How it happened and just DJing in general, I didn’t know if I wanted to be in a band or what. It all unfolded this way and I am very happy with the career that I have had.

You know, I don’t look at it that way. For me, I always saw the positive side of that in that I stand out. I stand out more. I use that to my advantage.

Earlier this year you also launched your Late Checkout radio show – can you tell me more about that?

I have my own radio show now and it’s awesome because I’m not boxed in. There are no rules. It is all up to me and what I want to play and if I want to have any guests on. It’s been cool. We are on our 20th episode this week. The show is syndicated in about 25 different countries and so some are live while some are on internet radio stations like Apple Music, Amazon Music, etc.

Late Checkout has been a cool project. I just play all the new and old tracks that I am into. I can really just be myself as far as my DJ style and I have more freedom!

I know you said on your radio station it is a little bit freer but when you are playing sets do you have preferred genres?

For the radio, personally, what I enjoy playing is what you’ll hear on the radio show which is more electronic music. Everything from EDM to house to tech house. I love hip-hop and trap music so I always try to find a way to fit that in and blend everything together.

As far as gigs, it is dependent on the gig. If it’s a club, corporate event, festival, etc I try to stay true to myself and my style as much as I can. I love all kinds of music which makes it easy to go in all different directions and still have fun with it.

It is all DJs I respect and look up to. The next batch of guests will be more focused on producers. I am really having fun with it and introducing my audience to people that I am fond of.

What inspired you to create Late Checkout?

Late Checkout was something I always wanted to do but I didn’t know how to go about it. I figured now is a good time and it just kind of happened.

I am excited. I was on the roster last year but it got rained out. I am looking forward to playing this year and performing for the Pride crowd. I am also doing direct support for Joel Corry for the Pride In The Park afterparty at Prysm which is really exciting.

Do you have any pre-show or pre-festival rituals to get you into the right mindset?

Not really. I do some work ahead of time. I make certain edits and put some tracks into the folder. I never know exactly what I am going to play. I just wing it normally, but I want to get an idea of where I want to go with the set. Right before a set or gig, however, not really. I take a shot and then go do my thing!

You must have a lot of music stored then!

I have too many songs stored!

With all that you have achieved so far, what is your next goal? What’s next for you this summer?

I am focused on producing these days. I have a remix EP coming out from my song “Best Of Me” which features four remixes of that song by four different producers. I will be throwing down one of the remixes during my set at Pride In The Park. Next, I have a couple more collaborations and original songs that I am working on getting release dates for. I’m making more original music and hopefully, that leads to more festivals.

The “Best of Me” remix EP is out now on Spotify and Soundcloud. Listen to remixes by ∆ Trentino ∇, aboywithabag, Lemi Vice, and DJ Flipside. Each brings their signature style to the track.

avisic · Best Of Me | The Remixes

Swipe up to comment below and let me know what is your favorite Avi Sic remix of “Best Of Me” is!