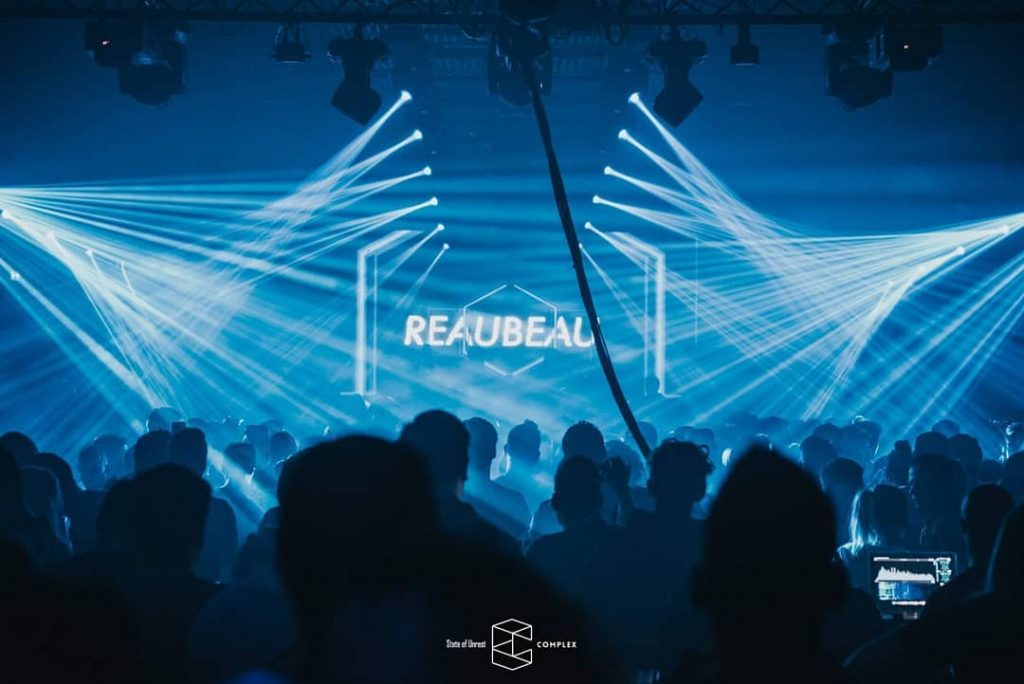 ReauBeau is one of the most exciting artists in the future bass scene right now. With his strong love for hip-hop during his formative years, his passion spurred into the restless fiddling and fine-tuning art of conveying finer (and often ineffable) emotions through the craft of composition. ReauBeau’s sound is a versatile blend of future bass and trap with a touch of euphoria. His ambitions encompass the general urge to reach and touch as many people as possible.

Did your childhood have anything to do with you wanting to be a musician?

Hmm, good question. My parents weren’t so much into music. I remember dancing with my dad to Elvis and Bob Marley vinyl records when I was really young and that I would try to play in front of my family on my plastic guitar.

In my teens, I would do a lot of beatboxing and writing rap lyrics when I was into hip-hop music. I guess it was more of a long development. It started with beatboxing to singing in a punk band and rapping/producing as a hobby, and now, I’m doing it full time, which has been a dream come true.

What musical instruments did you play growing up?

Actually, I didn’t play any instruments. I was more into sports when I was younger. I guess you could say I was quite the rebel back then because I couldn’t handle authority that much. Looking back to that, I wish I wasn’t that stubborn and learned to play the piano when I was younger, but I guess that’s how things go. That’s why I am actually learning that now, and I just got a real piano in my studio!

What kind of music did you listen to growing up? Who were some of your favorite artists?

I grew up listening to Elvis, and [I had] a fascination for the 50s and 60s rock & roll. Michael Jackson also was a big idol for me. The first album I actually bought was R.U Still Down by 2Pac, but at the same time, I would go to the same records store to listen to Use Your Illusion 2 by Guns N Roses. After that, I mostly listened to a combination of punk rock bands like The Offspring, NOFX, Lagwagon, Blink 182 and old school hip-hop artists like KRS ONE, Gangstarr, Dr. Dre, Artifacts, Asheru, and Blue Black. I still have all those albums on CD as well!

How is the future bass scene in The Netherlands?

Hmm, I think it’s still growing. It’s still not big enough to stand on its own legs, but it’s getting somewhere with artists such as San Holo popping up who sell out big venues across the world, but other than that, it’s not that big. Mainstream pop, EDM, house, and techno are still the dominating genres over there. 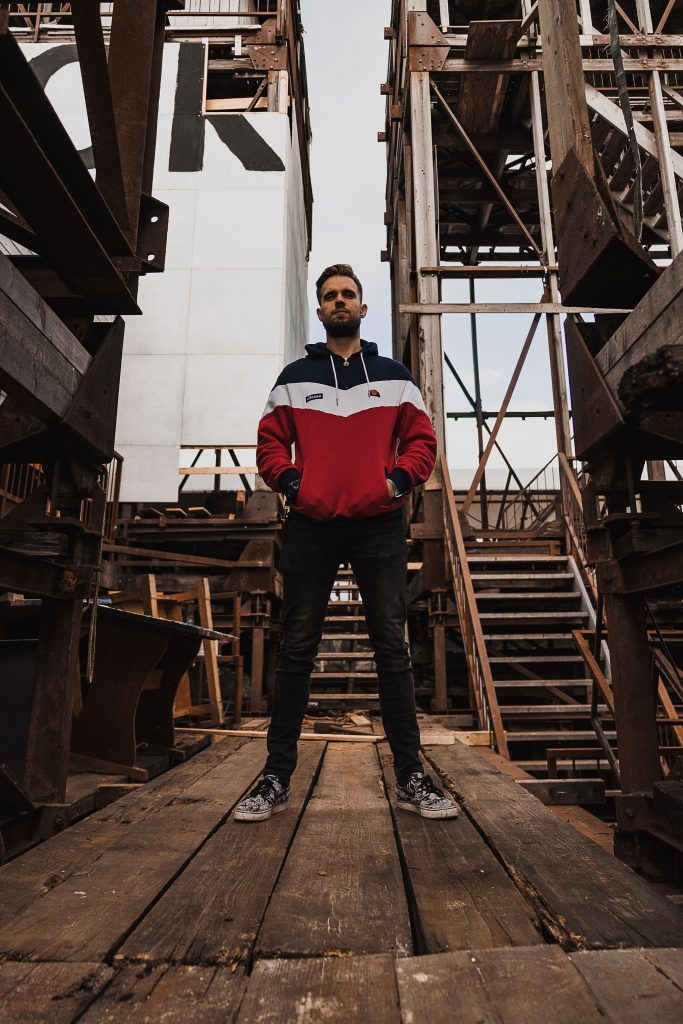 How did you create the name ReauBeau?

I used to produce under the name Robokop before. For one of my shows back then, some guy posted on Facebook that he thought it was dope that ‘reaubeau’ was playing. The name kept being stuck in my head for a few years before until I used it, and when I decided to start this new project, it was a great name to use. 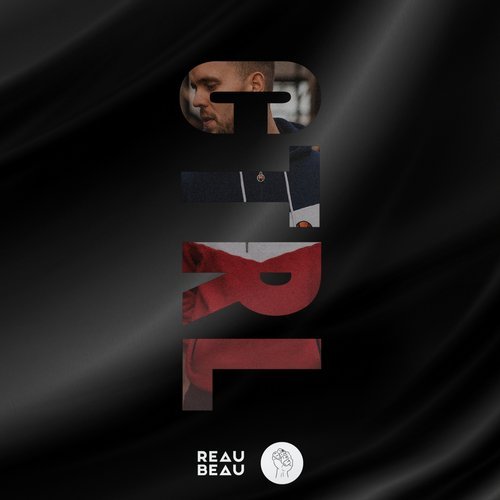 What was the inspiration behind your full-length EP CTRL?

I went through a serious heartbreak – I don’t want to over exaggerate since I am so blessed with everything I have, but at that time it felt I hit rock bottom. I wanted to write music that would get me out of that feeling and to try to inspire myself and others in a positive way.

From where do you draw inspiration from your music?

Hmmm, I do get a lot of inspiration from collecting or recording sounds from everywhere. I also get an amazing amount of inspiration from listening to artists like Flume, GANZ, Zes, John Williams or Jamie XX. Sometimes, a bit of traveling or reading does wonders as well to gain the right inspiration.

Your track “Dreams” has been remixed by Tiesto and has received support by many artists. What was the expectation for this track when you produced it?

I knew it had a lot of potentials. Sometimes, you have a feeling when you’re working on music that you are truly creating something magical, but you never know how it will be received once it’s out.

When I produced “Dreams” with Snavs, I actually already had the beat, which I showed to him. He instantly loved the draft. Then I told him I also co-wrote vocals on it together with LISS and then he loved it even more haha! After that, he added his parts on it, which made it such a powerful track in the end. We were thrilled to have Spinnin’ Records on board, but when Tiesto added me on Twitter and told me he remixed the track we were extremely surprised!

What would you say is a challenge you’ve had to deal with in the process of becoming a producer?

I think solitude is a blessing and a curse at the same time. I do love to be alone and make a lot of new stuff, but it can make you feel alone sometimes. It’s important for artists to not be too stuck in their studio. That’s why I like to have sessions with a lot of different artists. It really helps me to get more insights and get inspired by other people. 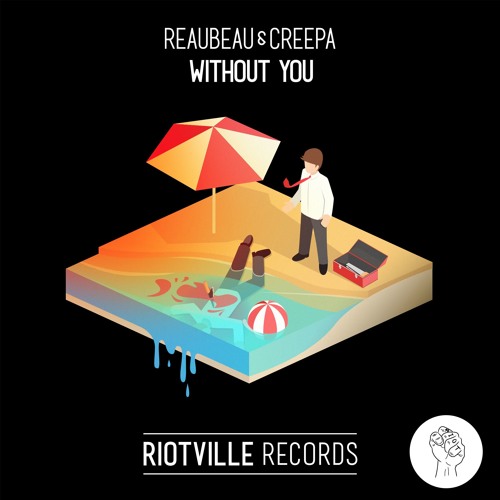 Prior to your CTRL EP releasing, my favorite track of yours was “Without You.” How did you and Creepa meet, and how did the work capability between you two happen?

Thank you so much! I met Creepa during a Run the Trap show and we got to talk about production. I still love that track as well! Creepa is one of the most talented producers out there, and I love working with him. Basically, we had a session together and within a day created a really cool draft. After that, it only took us two days to finish it!

How has producing music changed the way you listen to music now?

I always have my ears out on lush chord progressions or to check whether a song has soul or not.

Emotion is a big part of a song being successful.

The final result of a song is what you put in it in terms of emotion, whether it’s a story you want to tell or a feeling you would like to express. This is quite important to me. I’m also into great hooks and R&B adlibs. Check out Amanda Collis if you can.

What do you want your fans to feel when they are listening to your music?

Either I want to motivate people to do what they love or to make them feel like they are in a movie.

You’re a pretty young DJ to the scene. What is your next big thing to accomplish?

I am playing SXSW, and hopefully, I will come back to the US after that soon. In the future, I want to work towards creating a live show with a lot of people I worked with the last couple of years. Think about things such as adding live instruments and having singers and rappers on stage instead of just a DJ performance.

Where in the world do you want to play your dream concert, and why?

That’s a good question! I would love to play at Coachella and this Dutch festival called Lowlands. These are a dream for me to play at, although I am not really focused on achieving that at the moment. For now, I want to produce records that become future classics.

What do you have planned for this year? Anything you can tell us about?

Well, I’m playing at SXSW this month! Extremely excited about that. Regarding new music, I am finalizing a new EP, which I just signed to Circus Records. I’m super excited to be working with such a big label. I am also in talks with other labels about some more pop records, but I can’t say anything about that yet, but I think those have some serious radio hit potential.

Besides this, I have some singles dropping as well. I just released my track “Cut You Loose” on Gemstone Records (part of Revealed), which already has a couple hundred thousand plays on Spotify within a few days’ time, so check it out! I’m also dropping a single soon on TNC recordings in April. If you are into lo-fi hip hop, you should check out my side project dowork for some more relaxing vibes as well. 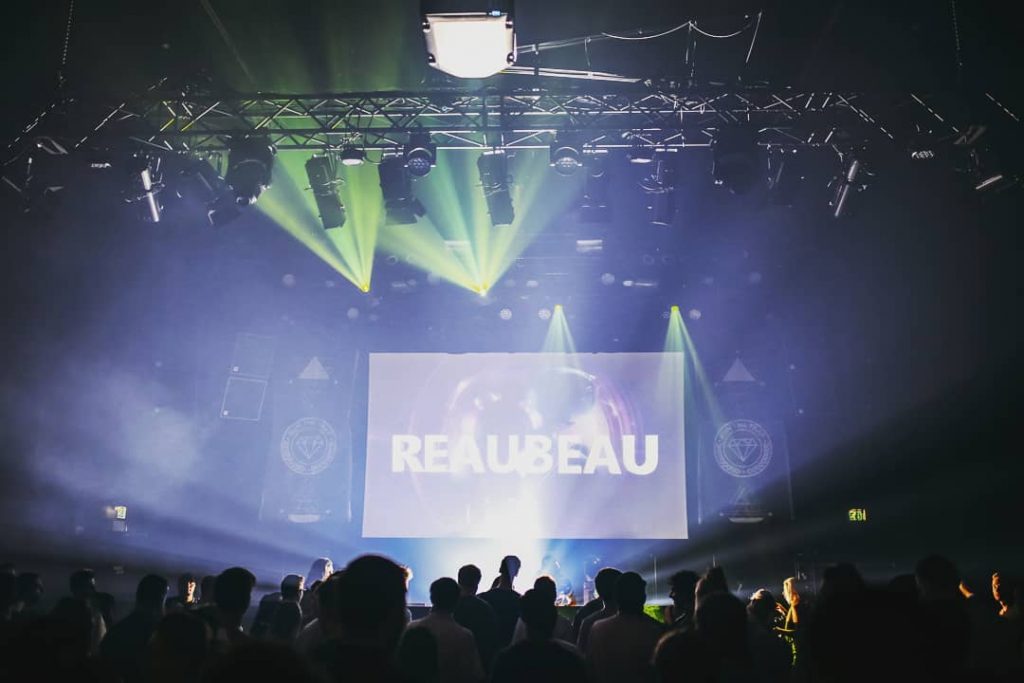 What is your favorite ReauBeau track?! Swipe up to comment below and let me know!