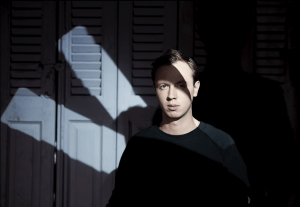 Andrew Rayel has been hailed as one of the best trance DJs in the world. He has consistently made the Top 100 DJs list, has pumped out hits under the Armada label, and performed at some of the most lavish venues in the world, including a residency at the Las Vegas Marquee nightclub. He has also performed at many of the big time festivals, received accolades from the A State of Trance 650 Anthem contest, and he’s the host his own radio show, “Find Your Harmony.” Whew! This is a long list of achievements and hustle all from a 25-year-old musical genius. Yes, Andrew Rayel is only 25.

On July 21, 1992, in the European country of Moldova, a future trance extraordinaire arrived on this earth. After his arrival, Andrew began utilizing his gifts at the early age of 13. By 17, he was producing hits for Armin Van Buuren, the co-founder of Armada music.

This past May, Andrew continued with his hard work with the release of his second full-length studio album, Moments. In conjunction, he began filming a vlog in which he invites his followers to see what it’s like for him to travel from show to show. There’s nothing like a personal ride with your favorite DJ. He continues to produce episodes for his “Find Your Harmony” radio show while maintaining the quality of these new and exciting projects.

But hold up y’all, September 22 brings with it some exciting news. Andrew Rayel was not done blowing us away with his list of achievements. This past Friday, Andrew debuted his very own music label, inHarmony Music. The record label’s first order of business was the release of Andrew’s hot single, “Mass Effect.” Andrew has plans for many more releases to follow. He is aiming for new music every 2-3 weeks. This will definitely give us life on new music Fridays. With Andrew Rayel as label chief and head of A&R, we can only expect nothing but great music by a great artist.

“The mission is to find talented producers who are able to deliver quality material consistently for inHarmony Music. I want to create a big family of producers who will support each other, share music with each other, and grow into DJ superstars.” -Andrew Rayel 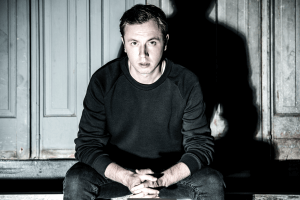 EDM World Mag had to pleasure to steal a few moments of Andrew’s time to learn more about inHarmony Music. Here’s what we scooped:

This is very exciting news! You are announcing your very own record label, inHarmony Music! When did it become clear to you that you wanted to start your own music label?

I’d been talking about it with the CEO of Armada Music, Maykel Piron, for about two years. After I finished my second studio album, MOMENTS, I came up with a few other tracks really fast. I felt that I was very productive at that moment, and I realized that I was ready to launch my label and also be able to promote new talents.

How long has this project been in the making?

If you count the time from the initial talks, I would say, more than two years. In actuality, the technical process took only a few months.

What is the mission statement for inHarmony Music?

The mission is to find talented producers who are able to deliver quality material consistently for inHarmony Music. I want to create a big family of producers who will support each other, share music with each other and grow into DJ superstars.

Do you feel creating your own label was the next natural progression for your already very successful career?

Thank you. I would say, yes. It all came very naturally. Like any other thing in my career, I didn’t force it or rush it in anyway.

Looks like you have your first track to be released under the inHarmony label selected, “Mass Effect.” Tell us what prompted you to say, “This is the one!”

This was the first track that I’ve finished after my MOMENTS album and I’ve been playing “Mass Effect” in all my live shows since Ultra Music Festival in Miami earlier this year. It’s a super energetic and emotional track with an anthemic melody that stands out and sets up the tone straight away in my sets. Since Miami, a lot of people got to know it and have been asking about the track and when it would be released. That’s what made me release it as the first track on inHarmony Music and it’s out now.

Who has been your mentor while you were working to complete your vision of inHarmony Music?

I’ve been working closely with Maykel and Joel de Vriend from Armada Music. Also, my own team, my manager Roger Semaan, and Chased Management. All of them made this happen and are still helping me with everything needed.

Can you tell us what artists are planned to be signed or whom you are looking at currently?

There are a lot of new names that will surprise you with their amazing music, but of course, I also have established names like David Gravell, Mark Sixma, Jochen Miller, and others.

Do you plan on focusing on one genre of music or will you mix it up with other genres?

It will mostly be trance music, my kind of trance that I love, respect, and play in my sets. But also, if I get something in that’s a different genre that I like, then why not?

What’s the best way for an artist to reach out to inHarmony regarding their music?

At the moment, any producer can send their demos as a personal message on the official inHarmony Music Facebook page https://www.facebook.com/inharmonymusiclabel
Right now we are setting up the website and also an email account which I will share soon where everyone will be able to send their music.

Think you got what it takes to become a member of Andrew Rayel’s music squad?