29 Jun Above & Beyond Announces New Festival Anjunabeach in Mexico

Posted at 21:17h in Uncategorized by Lexi 0 Comments
0 Likes
Share 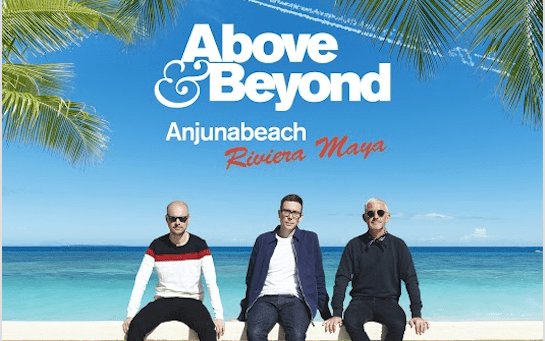 This past Saturday, Above and Beyond played California on the beach and finally confirmed their next Anjunabeach endeavor. We came to find out that it’s a multi-day party in a Mexican beach paradise: Riviera Maya.

I think I can speak for everyone and say that FINALLY Above and Beyond has a festival! It’s such an exciting time for Above and Beyond in their voyage into the festival world and having their own festival! Luxury packages start from $1,589 per person and payment plans are available. fAn extremely limited amount of packages are available, fans who sign-up for pre-sale at Anjuna beach.mx will be able to secure their spot in Mexico a day before the general public.

Jono Grant, Tony McGuinness, and Paavo Siljamäki are the Grammy-nominated make the trio we know and love, Above & Beyond. Over two decades, Above & Beyond’s music soundtracks have changed the lives of millions. Their music is heard all over the world, leaving a long-lasting impression. Their music is the greatest by celebrating life, love, and loss, the trio most recently released their fourth studio album, Common Ground, which hit number three on the Billboard Album Chart earlier this year.

For over 15 years, Above & Beyond has had powerhouses on their label. They have housed artists such as Mat Zo, Audien, Arty, Ilan Bluestone, Dusky, Lane 8, Yotto and Seven Lions. I am looking forward to seeing what’s in store for the new festival. For more information, click here. 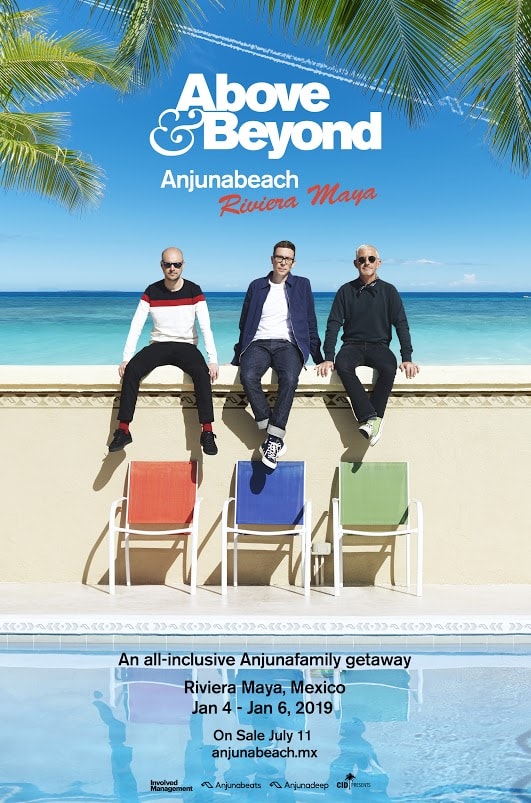 Make sure to clear your calendars for Anjunnabeach! Which one of your friends would love to go to Anjunnabeach? Swipe up and let us know! Tag them in the comments below!

Above and Beyond, Anjunabeach, Anjunabeats, California. Festival, Riviera Maya