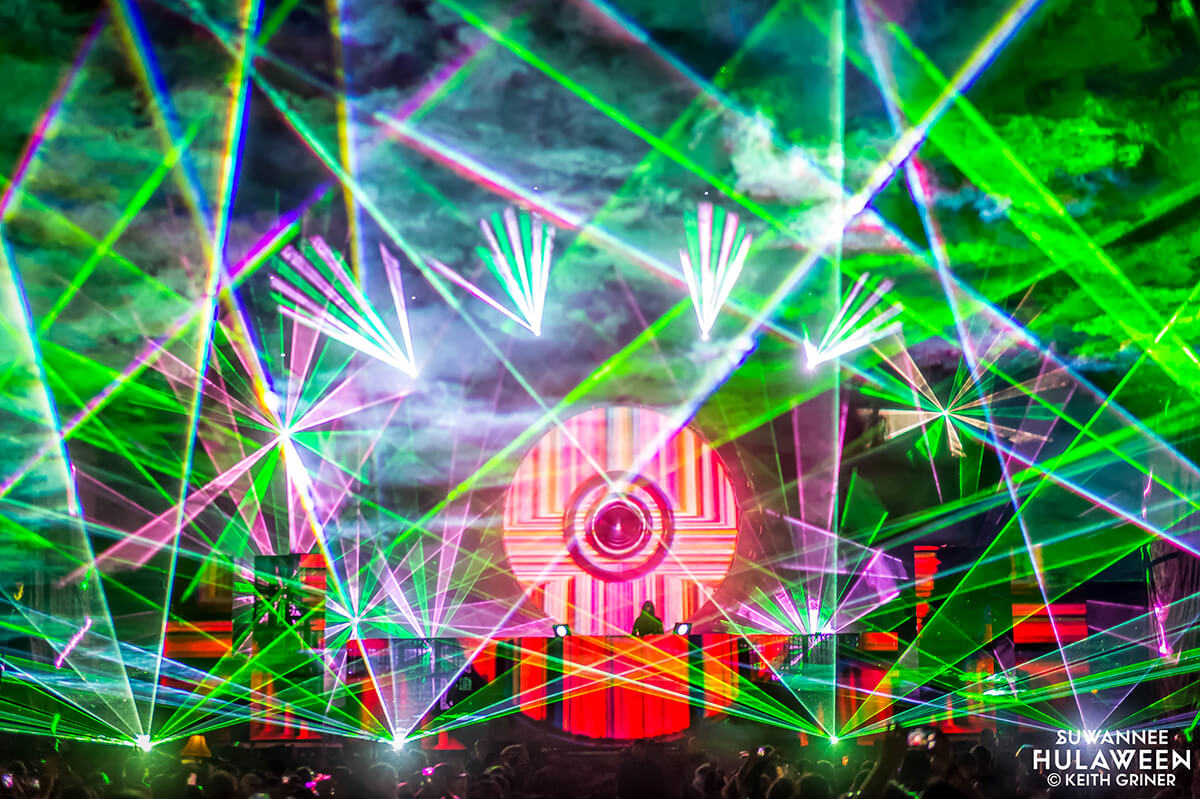 Despite concerns of rising popularity and new acts, Suwanee Hulaween delivered a show-stopping 5th anniversary weekend. Unlike most festivals its size, Hulaween has kept its intimate and boutique festival vibes going strong.

In the months leading up to the festival, its lineup announcements featuring more and more EDM came with a lot of back-lash from long time Hula and jam fans. However, once the weekend got underway, everyone in attendance seemed to be having the time of their lives. EDM artists such as Bassnectar, Griz, and RL Grime brought heavy beats and uplifting tunes while The String Cheese Incident and other returning jam artists held down a 3-day long groove.

Surprisingly, It was the less talked about artists that were the most popular with attendees. Goldfish, a South African DJ duo that rarely visits the states, brought fans from across the country to hear their dance house and electro swing sounds. Keys & Krates drew a crowd to the newly added Patch stage and filled the forest with their hard-hitting trap. The duo closed with their trap anthem Dum De Dum released earlier this year.

Run The Jewels’s set at the Amphitheatre stage on Saturday was probably the most happily surprising set of the weekend. Attendees filled back through the trees as far as you could see to hear Killer Mike and El-P rap hits like self-titled Run the Jewels and Stay Gold. The rappers also spoke between songs on depression, missing loved-ones, and sexual assault awareness, rousing both tears and cheers from the audience. Their set was an awe-inspiring reminder that any genre of music can provide the loving and close-knit vibes that Suwanee Hulaween has always been about. 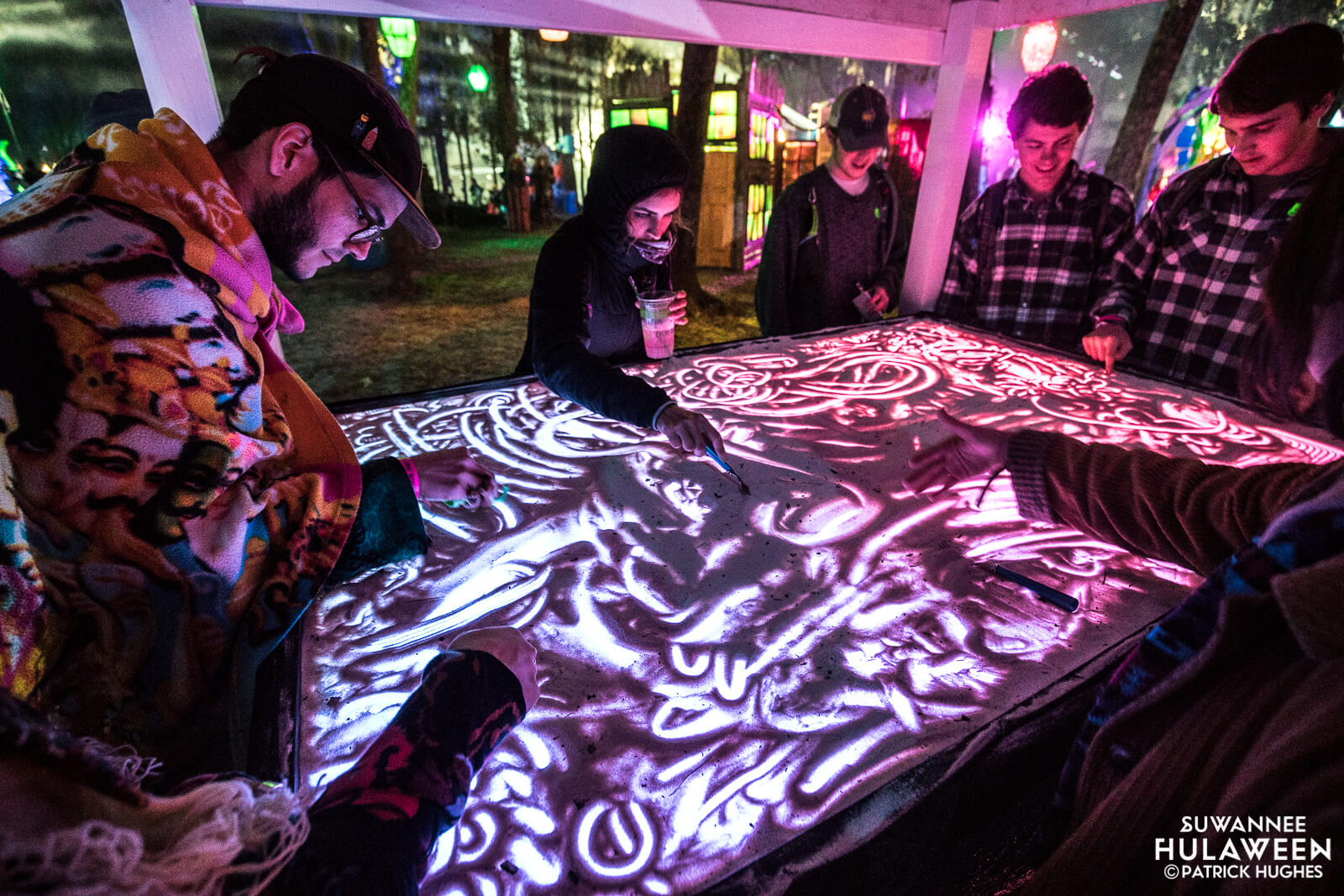 Hulaween might be called a music festival, but the visual art this year stole the show. Under returning art director Andrew Carroll, Hula closed off Spirit Lake to camping and turned it into a paradise of art. Installations included 3 life-size birdhouses with 3D projection mapping, a council of aliens creating the universe, a butterfly house full of murals, and so much more. Incendia, the Campground stage and the Spirit Lake stage all had a place among the art as well. Attendees were never without an alternating soundtrack of folky tunes and electonica. Oh…and did we mention a man in a water jet-pack cutting flips on Spirit Lake while they projected psychedelic art onto him? 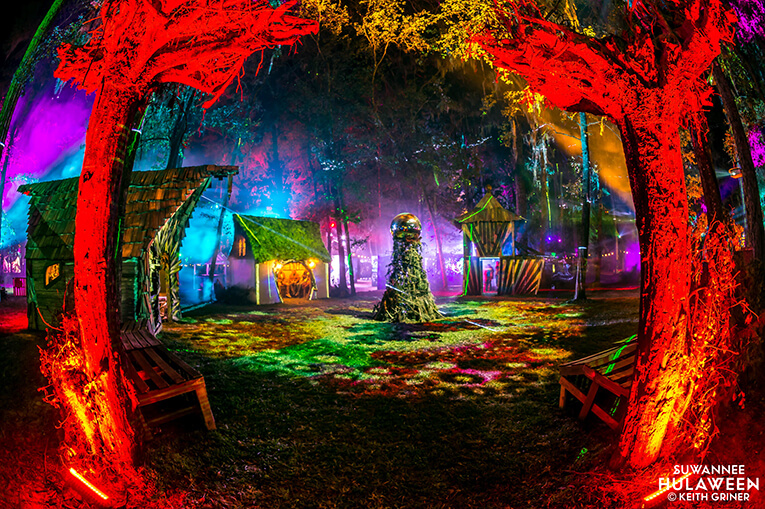 Overall, Hulaween 2017 was not a festival to be missed. If can only go to one festival all year next year, Hula will definitely give you the most bang (and music and art and positivity) for your buck. 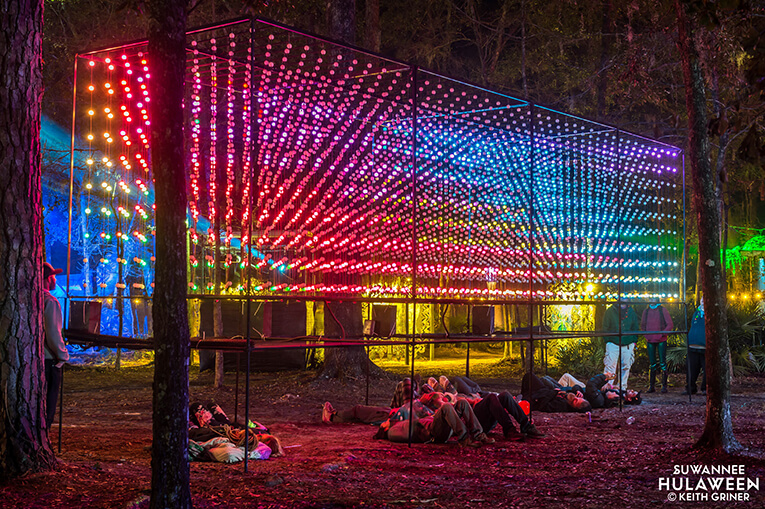