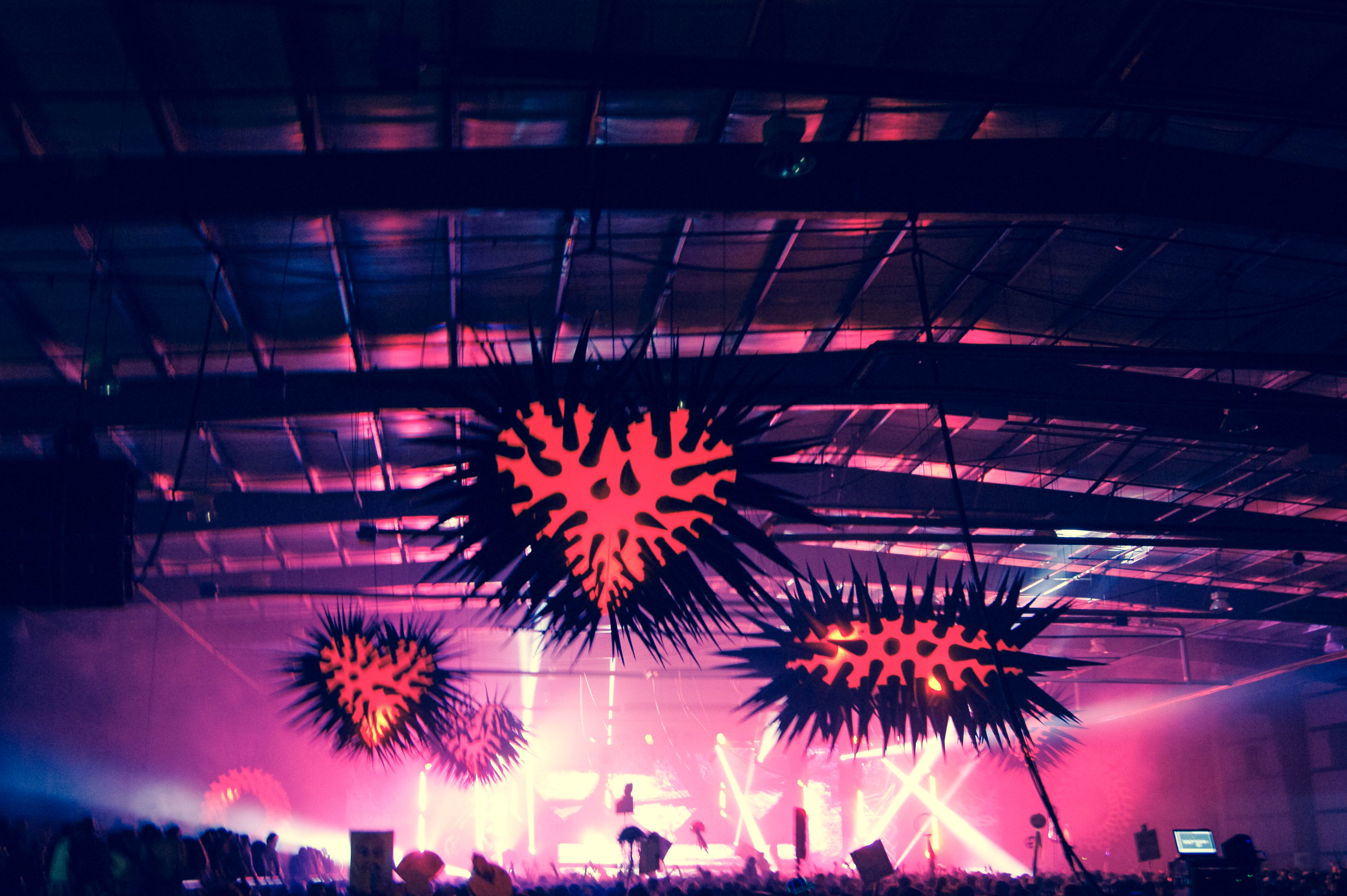 For the past seven years, Arizona has hosted Crush, a popular Valentine’s Day themed event. From humble and rather cramped beginnings, the festival has grown into a large, highly anticipated spectacle. Taking over Rawhide event center were various food and glow toy vendors, live art, and of course hoards of enthusiastic party people. The venue was beautifully laid out, and decorated with massive inflatable adornments.  Throughout the entire evening, the lasers and lights of the stage continued to enthrall and exhilarate the impressively sized audience.

In order of appearance, the lineup was packed with the likes of: Billy Kenny, Wax Motif, Peking Duck, Borgeous, Netsky, Jauz, Seven Lions, and finally Keys N Krates. Over the course of the night, there was a little something-something for nearly every taste in the crowd.  Despite the strikingly diverse lineup, the sets flowed into one another without a notable amount of commotion or disorder.

Though the lineup was dominated by widely known artists; Billy Kenny and Wax Motif offered a less main stage vibe to get the night rolling.  After them, the hype factor was cranked up, just in time for the crowd to begin pouring in. Tracks of many genres such as: tech house, trap, electro, house, hip-hop, drum and bass and many more were dished out to the equally diverse audience. It was beautiful to witness fans of such different genres to gather and party alongside one another. Crowd favorites such as Sandstorm, Antidote, various mixes of Hotline Bling, and the Shift K3y remix of Flicka Da Wrist got the people bumping. Sprinkled in were some spicy little gems such as the Feel the Volume VIP mix, Bodies remixed by Drezo, and The Hills by the Weeknd. Seven Lions played many of the favorites and tugged at our heartstrings before Keys N Krates brought the night to a close with a bang! 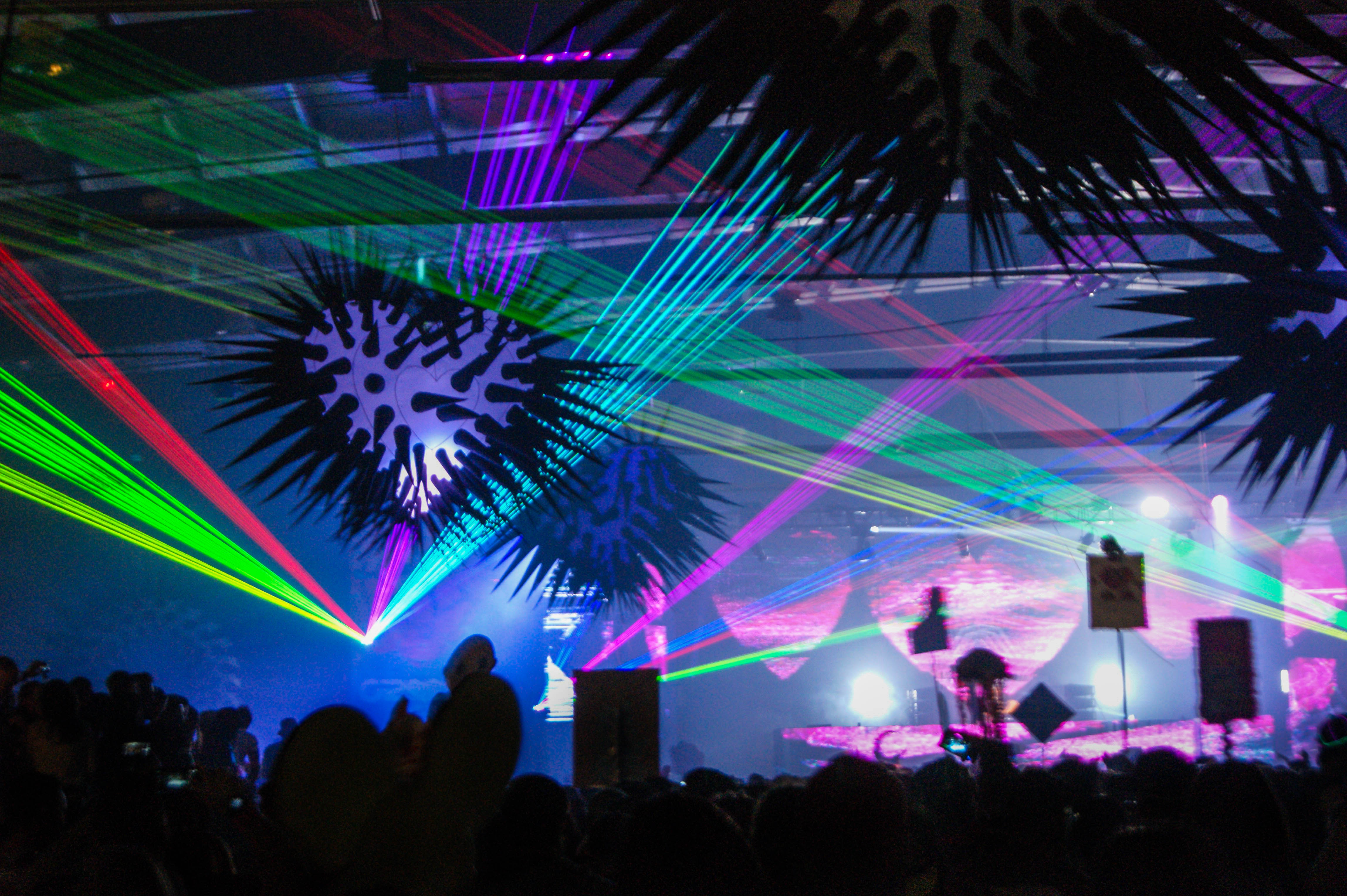 The 18 and over crowd was spirited and the energy was high from the start of the night to the very end. There was a substantial population of PLUR virgins at this event, and it was touching to witness the veterans of the scene sharing with and teaching the ropes to the wide-eyed baby ravers. There was no shortage of tender moments for the raver couples to share, nor did the slower moments come off as sappy or cheesy.  It goes without saying that there were also plenty of means by which to “get down low and shake it”; and the people did shake it! 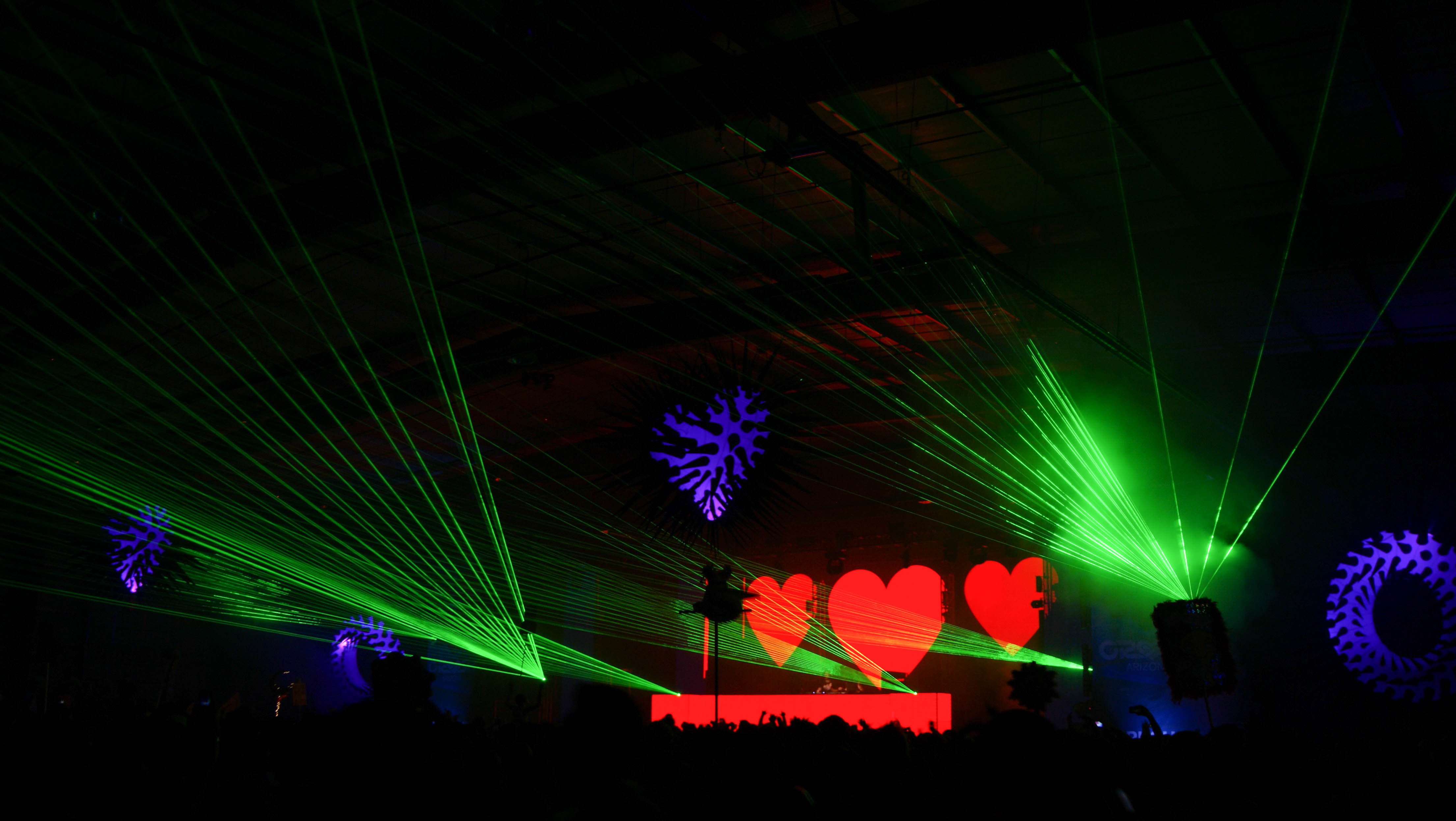 Crush Arizona stands as a keystone of the preponderant rave scene of the Phoenix area, exemplifying the rapid growth and change it has undergone in just the past few years. EDM fans of the area are thankful to Crush’s sponsor Relentless Beats for providing us the setting to bring our rave babes on this holiday of love and appreciation, or the place to discover our new crush. As the memories of the weekend past settles further back into the minds of the beautiful people of Crush, one cannot help but to wonder and dream of the future of this joyful gathering.