Posted at 10:30h in Music by Denice 0 Comments
2 Likes
Share 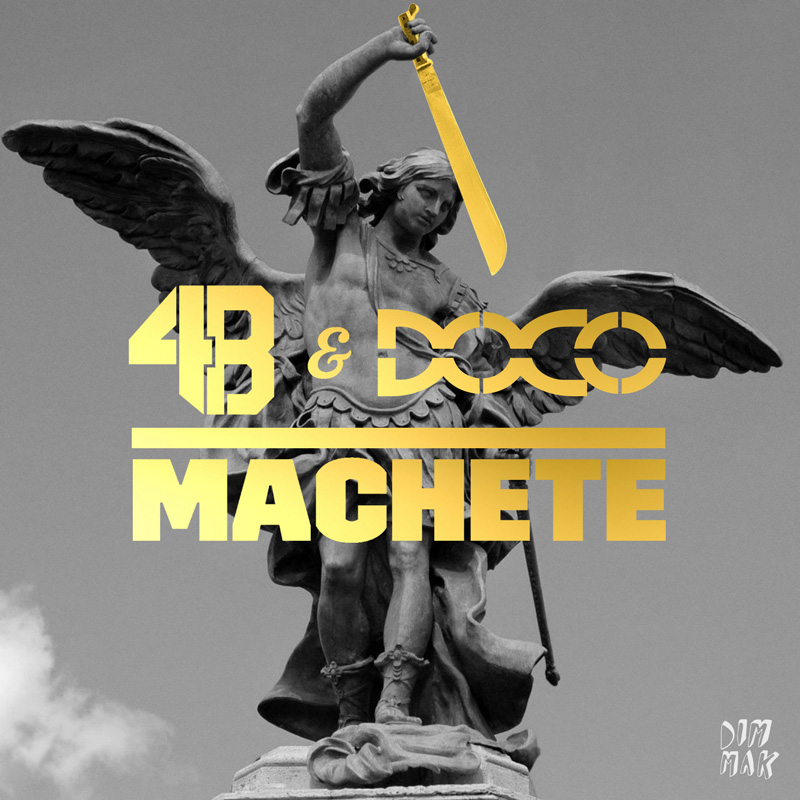 By Melissa Mallin
After the shredding-release of “Bukem,” from 4B and the sublime debut “Spin It Back,” by DOCO, the two producers have joined forces to create their jungle terror collaboration “Machete.” Together they deliver dancehall-flavored vocal-cries that anchor the track’s rigid, relentless beat, furnished by thumping drum kicks and percussion-fueled breakdowns. In short, it’s a jungle terror masterpiece.
4B made his entry into the EDM sphere with his boisterous track “Bomboclat,” which premiered on BBC Radio 1’s Diplo & Friends show, receiving support from DJ Snake, DVBBS, Zeds Dead and others. Since then, he has released records on Mad Decent and Dim Mak as well as revamping Jack U’s “Take U There.”
Los Angeles based producer DOCO returns to Dim Mak after releasing “Spin it Back” and its remix package last year. His recent remix of Phoebe Ryan’s “Mine” hit #1 on Hype Machine in just two days.
Check out the song below and click here to purchase the track!