Posted at 01:34h in Uncategorized by Denice 0 Comments
0 Likes
Share 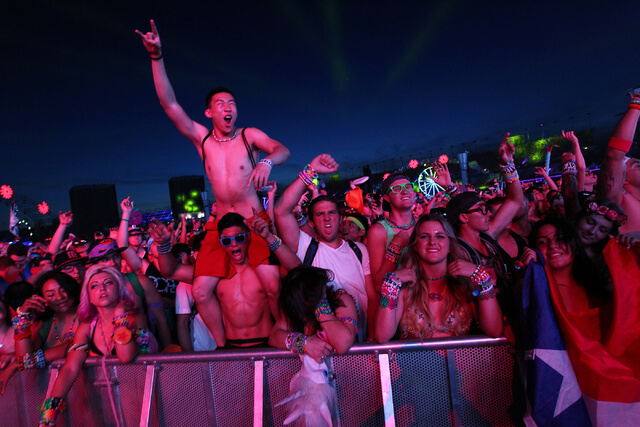 Electronic dance music has always been about the positive vibes, the way it connects individuals, and well, most importantly, the purity of the music itself. Today, however, artists, DJs, and producers have fallen victim to loving the way their voice sounds over the microphone. From “3…2…1 GO”, “EVERYBODY FUCKING JUMP,” to attempting to have a full on conversation with the crowd, this is not what dedicated fans come to watch.

Nevertheless, there are a select number of names who keep it short and sweet by saying “Hello” at the beginning of their set and “Thank you” or “Goodbye” at the end. Deadmau5, Black Tiger Sex Machine, Nero, and Bassnectar are examples of DJs who let their music do the talking rather than their voice. People pay to witness astonishing transitions and spine-tingling drops, not mediocre voices and cliché hype idioms.

Yellow Claw, Hardwell, Flosstradamus, and even Jauz are amongst some of the artists who use the microphone more than their mixer. Not to say that their talking takes away from their quality of music, but it almost does. Hardwell might as well have coined, “EVERYBODY FUCKING JUMP,” Yellow Claw used to have an actual “hype man,” Flosstradamus quite possibly might use the mic more than their mixer, and Jauz seemed to hop on the bandwagon, but recently “pledged” to use his mic less.

Ultimately, it is the artist’s choice if they want to tell a narrative during their set. However, there is a point where too much talking can become annoying and take away from the actual music. For example, we all have that one friend on Snapchat who posts stories over 60 seconds EVERY SINGLE DAY. At a certain point, we all become irritated and say, “Alright, I get it.” Keep it short, keep it sweet, and let the music do the talking. If we wanted to hear someone talk or experience an amazing vocalist, that’s what stand up comedy and Jimmy Buffet concerts are for. As a raver and lover of electronic dance music, I can probably speak for the majority of other ravers/festivalgoers by saying “Talk less, mix more.”

Which DJs do you think need to put down the mic?